Visiting The Oldest & Lowest City in The World Jericho 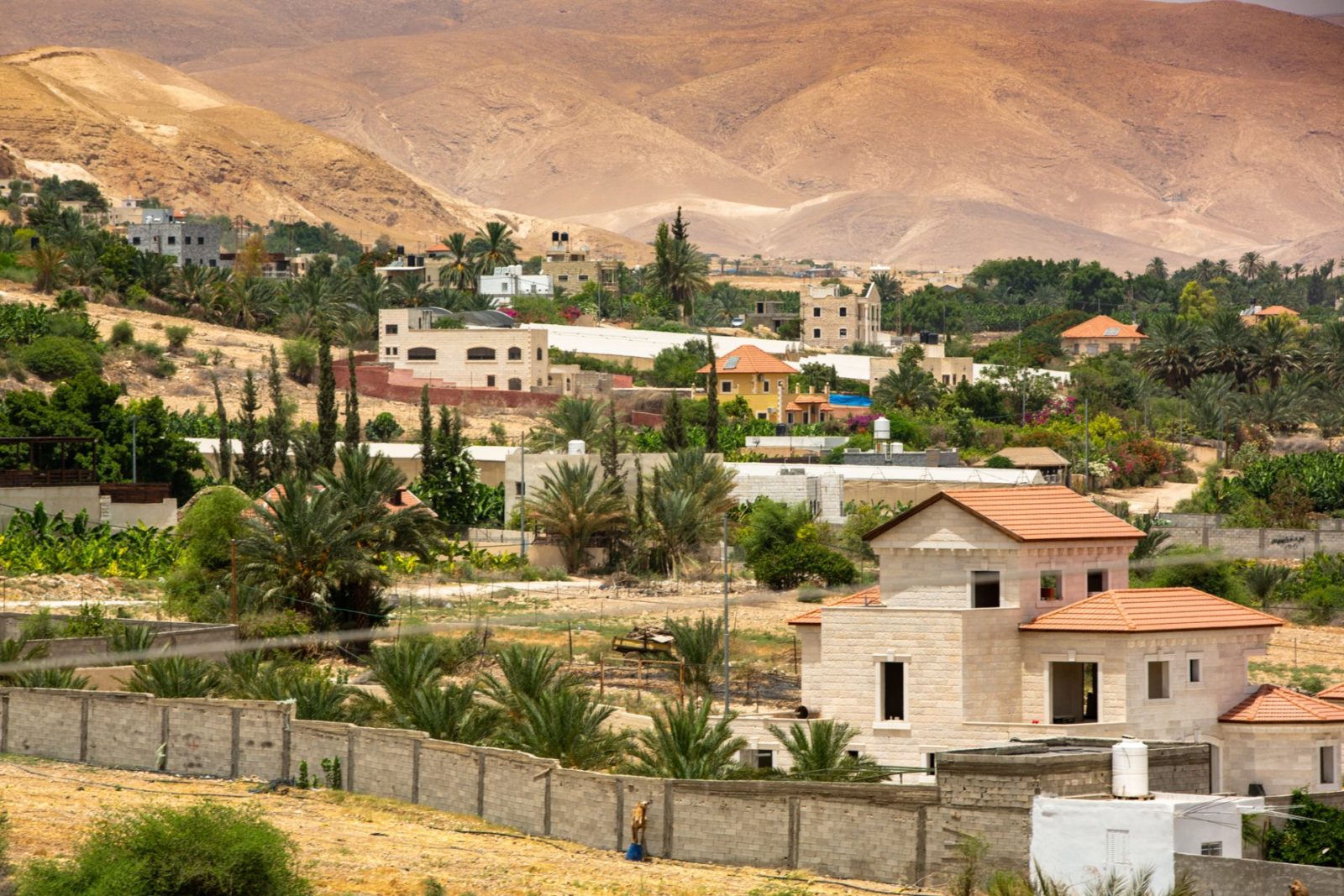 Many Christians want to visit Jericho for several reasons. However, one very common reason is that it is, After all, it is the oldest, and lowest city in the world. Visiting such a wonderful city takes us away from our busy lives giving us an opportunity to rest. It also shows us a city with warmth and a spiritual connection to ancient Christians.

In the bible, Jericho is one of the sites of an astonishing miracle by God. Jericho was one of the pioneering cities that the Israelites conquered after crossing the Jordan River. This was when they were traveling to the Promised Land. It was the city in which Jesus was baptized, and the temptation of Jesus occurred on a nearby hill. And finally, it is the city where Zacchaeus the tax collector met Jesus.

What Makes Jericho So Important

One reason why Jericho is important is due to its location. Jericho is located in the lower Jordan valley. It sits on the broadest part of the Jordan plain and is only 17 miles from Jerusalem. Its geographical location explains why in Jesus’s Parable to the Good Samaritan, he said he “went down from Jerusalem to Jericho” you will find this in Luke 10:30.

Unlike its surroundings, Jericho thrives as a fertile spring-fed oasis. In the Old Testament of the Holy Book, Jericho was referred to as the “city of palms” because it has many palm trees (Deuteronomy 34:3, 2nd chronicles 28:15).

Because of its location, ancient Jericho controlled the importation migration routes between the north and the south, the east, and west. Eventually, Jericho became part of the allotment tribe of Benjamin (Joshua 18: 12, 21).

Places To Visit In and Around Jericho

As on a pilgrimage to the Holy city or you have a thing for adventure, there are some Monasteries in Jericho you shouldn’t miss. Many notable events that occurred in the city related to the story of the Holy family as they fled from King Herod the Great.

As pilgrims in the holy city, this is one of the most attractive places to visit and it is close to Jericho. It is a must-see. The Qaser el Yahud is a holy place for Christians because it was where Jesus was baptized.

At Qaser El Yahud, visitors will find the St. John Baptismal Monastery. It is indeed a majestic Monastery to visit. It has an amazing atmosphere that allows for deep relaxation and meditation. Its peaceful and nice environment adds a more detailed description of the history and importance of the site. 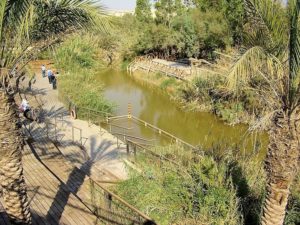 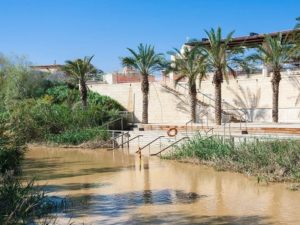 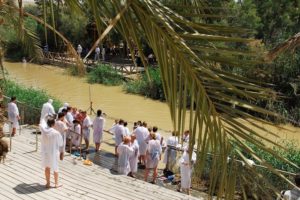 The Greek Monastery of Saint George is one of the oldest Monasteries in Jericho and another beautiful site to visit. It is at the scenic gorge of Wadi Qelt. The first amazing fact about this monastery is that it was carved directly into a cliff. It also has an impressive exterior design that gives it a beautiful view. Hikers in the valley also love visiting the monastery. So if you would love to pack some hiking gear while visiting, why not!

The mount of temptation monastery

The monastery on the temptation mountain is one of the two oldest monasteries in Jericho. It is on a hill overlooking the entire city of Jericho. This gives you a sublime view of the entire Jordan valley. This mount got its name from being the site where Jesus was tempted by the devil in Mathew 4:1-10.

It is a lavra or laura monastery.  Lavra or laura is a type of monastery made out of a cluster of cells or caves for hermits, with a church and sometimes a refectory at the center. It was developed within the Orthodox and other Eastern Christian traditions. Some Roman Catholic communities also use the term. Before the Lavra was built, priests often lived in these caves and people fed them by bringing foods in baskets. These priests enjoyed a direct relationship with God. This makes the Lavra indeed a special place. Although the name, Lavar or Laura originally meant a narrow lane or an alley in a city.

When getting to the top of the mountain, you can choose to hike or take a cable car from Jericho’s Telles-Sultan. 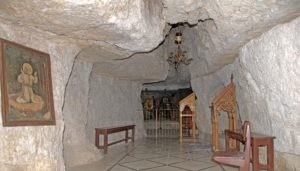 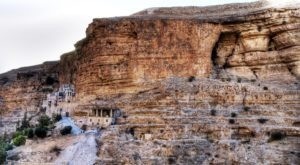 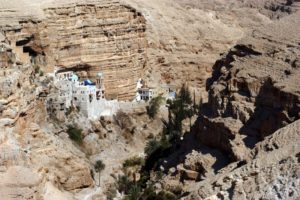 The Monastery of St. Gerasimus

This is a unique monastery on the east side of Jerico. It was founded by Saint Gerassiums of Jordan, who has his burial cave nearby. It is located near a cave where the Holy Family found refuge while fleeing Herod the Great. Additionally, it has an underground church built on the spot where the holy family spent the night during their flight.

Other Sites To Visit

There are other locations that will make your visit to Jericho, one to be treasured for years.

The Tree And Church Of Zacchaeus

The Church of Zacchaeus was built to honor the meeting of Jesus and Zacchaeus. Outside the church, you will find Zacchaeus Sycamore Tree which is another important site in Jericho. In the new testament, Christians learn a very useful lesson from the role it played in the meeting of Jesus and Zacchaeus. There are three sites in Jericho that claim to have the tree of Zacchaeus. They are the Franciscan Monastery, s Russian orthodox, and A Greek Orthodox monastery. However, the tree put on display might not be the same tree Zacchaeus climbed, but studies indicated that the tree trunk is about 2000 years old. It is used not only because of how old it is but also because it stands in the same setting as the Biblical sycamore tree. 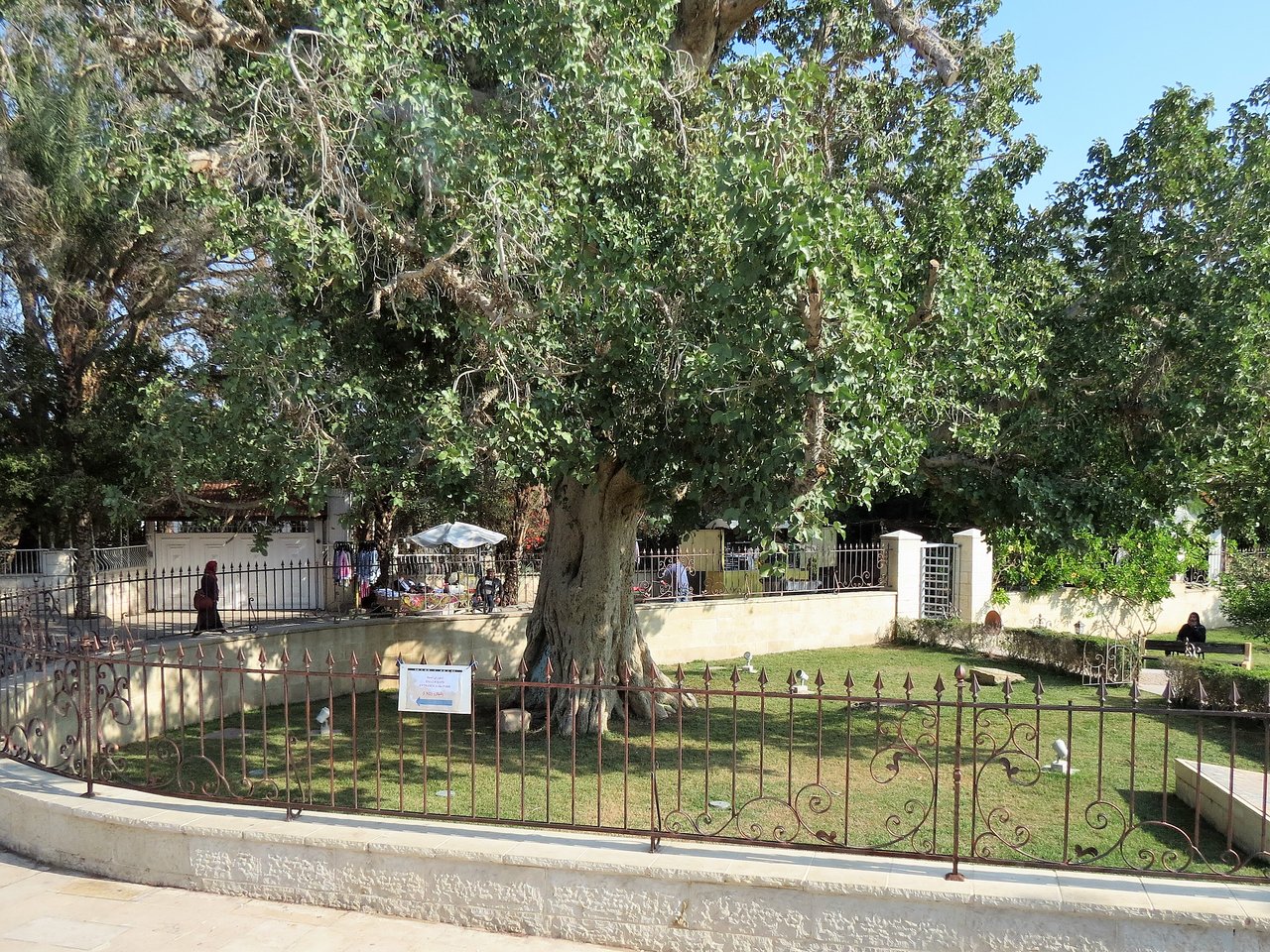 Jericho Tell is found opposite Elisha’s spring (aka the sultan spring) northwest of Jericho’s Central Square. The old 21 meter high tell that fell after the children of Israel prayed and sang around it. The most noticeable feature is a broad trench, which archeologists cut through the hill in order to investigate the levels. This site is one of the earliest pieces of evidence of human civilization, which is why Jericho is considered one of the oldest cities in the world.

The Wadi Quilt is a lush valley beautified by its tranquil slash of green amid its surrounding barren hills. Its gush water spring keeps it evergreen, and its abundance of palm trees creates the perfect restful atmosphere. Over the years, there have been several monastery communities who set up camp here. The aqueduct was built by Herod the Great and was later repaired during the British mandate. The Romans also built roads along this route.

Jericho is indeed a special place to visit. Its lush history, as well as relevant sites, makes it important to Christians all over the world. By booking your tour with Holy Land VIP Tours, you get the very best experience while on tour and you don’t need to change the guide or the driver as we offer our services to clients in Israel and Palestine. Get in touch with us today as we prepare you for the journey of a lifetime.