Places To Visit When Visiting Ramallah

Ramallah is known for its relaxed religious atmosphere. There are several movie theatres and cafes spread across its main streets. It is an ancient settlement saturated with buildings that incorporate Masonry dating back to the era of Herod the Great, who reigned from 37-4 BCE. However, there is no complete structure that antedates the crusades of the 11th century CE.

Its magnificent geographical beauty has earned it the title, “the Bride of Palestine.”

The History of Ramallah

The city of Ramallah was administered as part of the British mandate of Palestine from 1920 – 1948. The city was then part of the West Bank territory, which was captured by the Arab forces. Subsequently, the town was annexed by Jordan.

Ramallah then came under the control of Isreal after the Six-Day war of 1967. And in the wake of 1993, it fell under the authority of the Palestine Authority. It became the center of Palestine administration in the West Bank shortly after.

Modern Ramallah was founded in the mid 16th century by the Haddadins. These are a Jordan tribe of brothers who are descendants of Ghassanid Christian Arabs. Ramallah’s Christian roots show that it is a more liberal and religiously diverse city when compared to other cities in the West Bank.

Getting around to see tourist sites in Ramallah

The city is one of the most vibrant places to visit in the West Bank. Because the West Bank can be considered a small region, Ramallah makes a perfect base from which you can explore the entire area.

You will find the city center in Al-Manara Square, which is a great place to experience the entire aura of Ramallah. It has several ice cream parlors, which are called “Roukab” and “Baladna.” It provides the perfect opportunity for tourists to sample Ice cream that is made with Arabic gum.

The old city or “Tahta” is another spot worth visiting. It is favored for its many beautifully restored ancient buildings and a music school for music lovers. These restored buildings give us an idea of what the history of Ramallah was. In the old city, you will also find several churches and mosques. 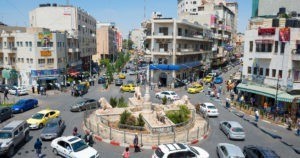 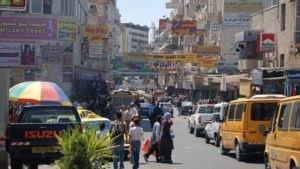 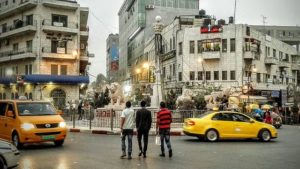 The tomb of Arafat

Following the death of Yasser Arafat on 11th November 2004, his body was buried on the grounds of the Mukataa. In Ramallah, the compound served as his headquarters, and in 2007, an elaborate mausoleum was opened on that site. The mausoleum was built according to several design principles that help enhance visitors’ experience when they visit. An example of such fine detail will be that the mausoleum is 11m high, accurately displaying the day Arafat died, 11th November 2004. Visitors are welcomed to the mausoleum as the Mukataa still functions in its capacity as the headquarters of the Palestinian authority.

Next to the Arafat tomb, you will find the Arafat museum. It is another stunning reminder of this region’s rich history and a memorial to the late Palestinian leader. The museum is divided into two unique parts. The first part is dedicated to the life of Yasser Arafat. It gives a detailed account of his life and that of his Fatah movement and other Palestinian factions.

The second section speaks less on Arafat’s political past and more on where Arafat spent his final years. It particularly highlights his life during the Isreal siege, which lasted four years (2001-2004).

Here, we have a detailed account of the 1948 war, and the Six-day war or the June war of 1967, and the Nakba day. These are all great historical occurrences in the history of Ramallah which makes it important that tourists learn of these events. As a result of the wars, we are enlightened in how refugees went to Syria, Iraq, Lebanon. Also the starting of the Palestinian conflict.

Also, it reiterates the camps and they have an example in the museum. Visitors will understand the significance of the Nakba and how it represents the day Palestinians in these camps hoped to return back home to their lands. Finally, we see Hertzel’s prediction that Israel will exist after 50 years. 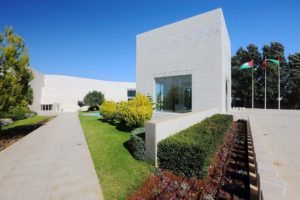 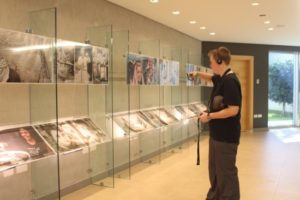 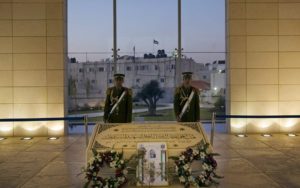 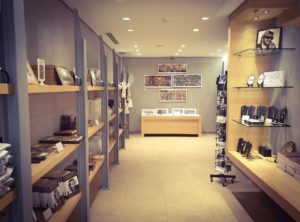 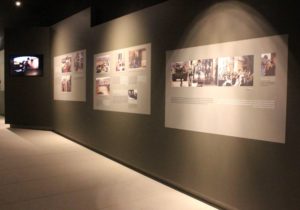 Al-Bireh, Ramallah’s twin city, is located on Ramallah’s central ridge, which runs through the mountain of central Palestine. The name Al-Bireh is derived from the word Beeroth of Canaan origin, which means “water well.” During the crusaders‘ era, they built a tower, and an administrative building (Curia) used as an administrative headquarters. There was also a church located at the center of the city, which we know as the Crusaders church of the Holy family.

Crusaders Church of the holy family

At the heart of the city, pilgrims and other visitors will find the ancient remains of the Crusaders’ Church of the Holy Family. The holy church is in Al Bireh, which is considered to be Ramallah’s Twin city. It was originally built around 3500 BC by the Canaanites. Later on, in 1146, the Crusaders church was built on the ruins of Al Bireh from the Byzantine Era. Al Bireh was where Mary and Joseph stopped on the road to Jerusalem after discovering that Jesus was missing from the Pilgrims’ caravan. This is one reason why Pilgrims and Christian visitors from around the world enjoy visiting the Crusaders Church. At its entrance, visitors are welcomed with a beautiful painting of Mary (mother of Jesus), Joseph, and Jesus. The Inside of the church is also adorned with a portrait of Jesus, which appears to be during his accessions.

Life in Ramallah is generally great. It is one of the most liberal of all Palestinian cities. It also has a very lively nightlife with many restaurants for visitors to have a nice time. It is also a safe city to visit.

Are you planning on visiting Ramallah? Book your tours with us today and experience the beauty and heritage of this old city. At Holy Land VIP Tours, we have Christian guides that help ensure your trip is spiritually edifying as it is physically refreshing.