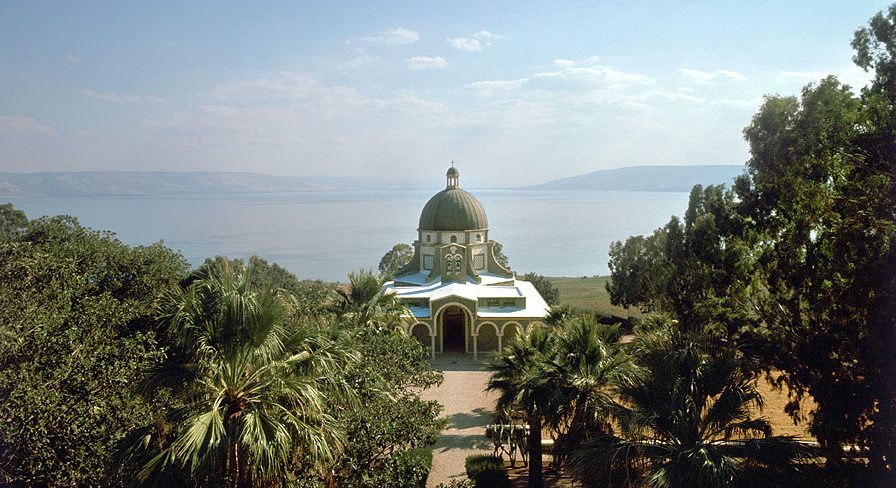 Capernaum is located on the northwestern shores of the Sea of galilee. This city is also known as the town of Jesus. It is a beautiful fishing village, and best believe that they have some amazing restaurants.

The village was established during the period of the Hasmoneans, assumed to be the 2nd century BC.  It is famously identified with historical and religious relevance. Considering that it’s in close proximity to other significant biblical sites like the Mount of Beatitudes, Bethsaida, and River Jordan, it’s easy to understand why it’s a city to visit.

Many Christians and pilgrims from around the world visit Israel to explore its significance. And while there are several places to see, it is common to see many heading towards Capernaum. That is because of its religious value as well as its fantastic view of ancient history.

From the Holy Book, we learned that Capernaum was among the leading trading villages in Gennesaret. At that point in its history, it was situated in one of the most populated and popular parts of Israel.  It was made up of a vibrant population of fishermen.

Capernaum is also believed to have been home to many caravans, travelers, and traders. This was because it serves as a significant route to Damascus in the north and its proximity to Tiberias.

This small village was indeed successful trading as a fishing village from the 2nd century to the 13th century.

In the new testament, this town was also mentioned, which only contributes to its fame. This city was mentioned to have been one of Jesus Christ’s homes. In this city, Jesus also performed the miracle of healing Simon Peter’s mother-in-law and performing an exorcism on a man.

In Biblical times, Capernaum was a popular trading village in the Gennesaret area. It was the main route for trade between Damascus in the North and Egypt in the south. Even to this day, tourists can see the remains of the Via Maris highway milestone. At that time, it was quite popular.

In Capernaum, you will find a synagogue that was built in the 4th century still carefully preserved. It is believed to be the site on which Jesus gave the teaching on the “Bread of life.” This building also stands out because of the material it was made from. In Capernaum at that time, other buildings were made from black basalt, but white stones were used in the construction of the synagogue.

During archeological excavations, another discovery was made. It turns out that the synagogue was built over another synagogue that was built in the first century.

The original synagogue was destroyed, and this was built over it around 200AD. The list of what remains from the original structure includes one complete wall, the ruins of the other walls, and some columns.

On the walls which survived, you can still see portions of the original stucco work, frescos, and motive carvings. There are also inscriptions in Greek and Aramaic that commemorate the synagogue benefactors. 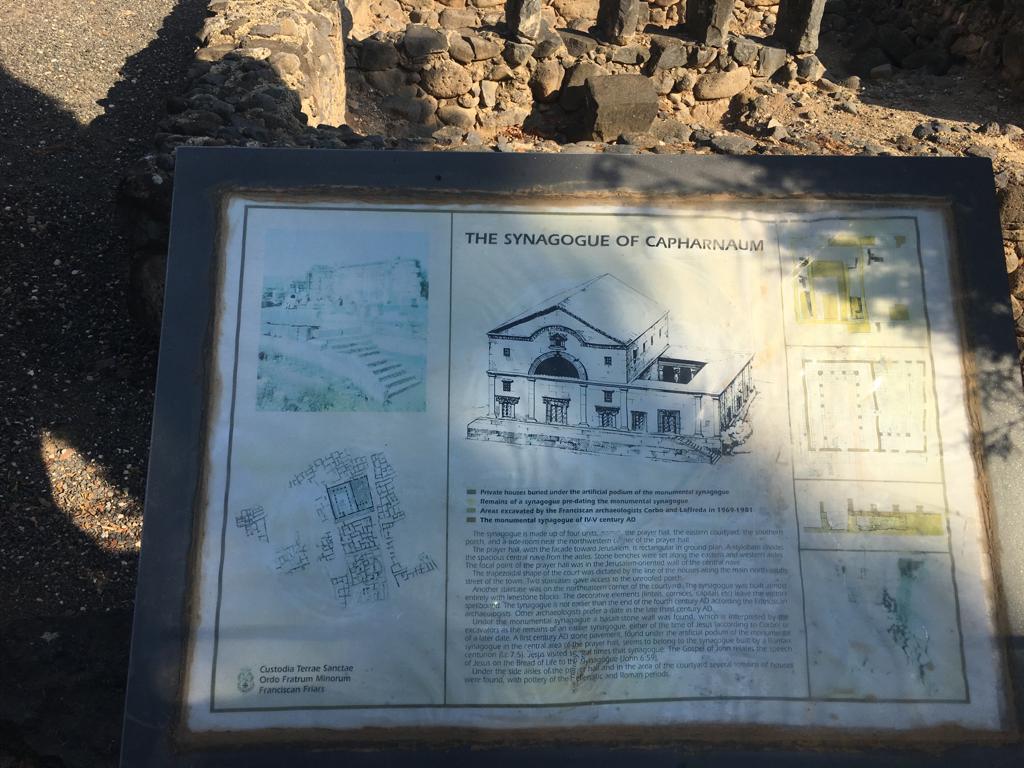 The Church and the House of Saint Peter

With the knowledge gathered from the New Testament of the Holy Bible and the findings of Archeologists, we can say that Saint Peter had a home in Capernaum. We also learned of how Jesus spent a while in the house of Peter while he was in the city.

During Jesus’s stay in the city, he cured Peter’s mother-in-law. He also healed the paralytic man who was lowered in through the roof.

After the death and resurrection of Jesus, the house was converted to a Church, and some notable architectural changes were made to distinguish it from other homes. In the 5th century, however, another octagonal church was built over the preexisting synagogue to preserve the remains of the Holy site.

The church features many inscriptions that were written on the ancient stones in the Greek, Armenian, Latin, and ancient Syriac alphabet. Currently, there is a modern hexagonal Franciscan church built on the spot believed to have been Peter’s house. The church has a glass floor that enables you to see the ancient original church underneath it.

The Capernaum is a top-rated pilgrimage site where Christians visit, sit on the stone benches in the synagogue where Jesus most likely sat. But, they also walk around knowing that in the past, Jesus walked that path. 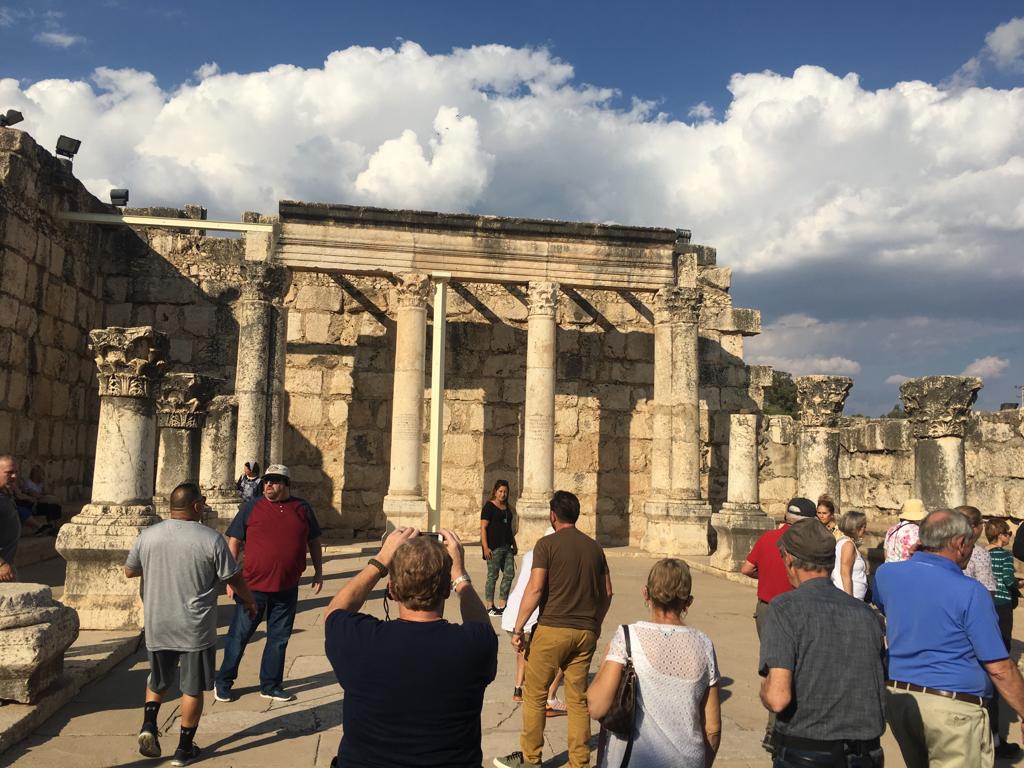 Kfar Nahum or Modern-day Kafar Nahum is the site of a Franciscan monastery and a Greek Orthodox church. Ruins of several ancient stone homes surround the area. Close by is also the biblical home of Peter, the church, and the synagogue.

In the bible, we see several mentions of Capernaum, which further establishes its relevance in the minds and hearts of Christians. Ever since the discovery of this site, Christians and archeologists visit this site regularly for several reasons.

VIP Israel Tour can help you travel from anywhere in the United States and other regions to witness this marvel. As a Christian, visiting Capernaum allows you to walk where Jesus walked and sit where he sat. You also get to see the home where Peter lived. Reasons like these are why Capernaum became so relevant and why everyone should visit.

If you’re finding it difficult to get there, kindly contact us today, and we will book you a smooth and delightful touring experience of Capernaum.

My sister and I wanted a private guided tour with a Christian guide and we were so grateful to have spent 5 days touring with Daniel. He made our time in Israel very special with his VIP service all the way…