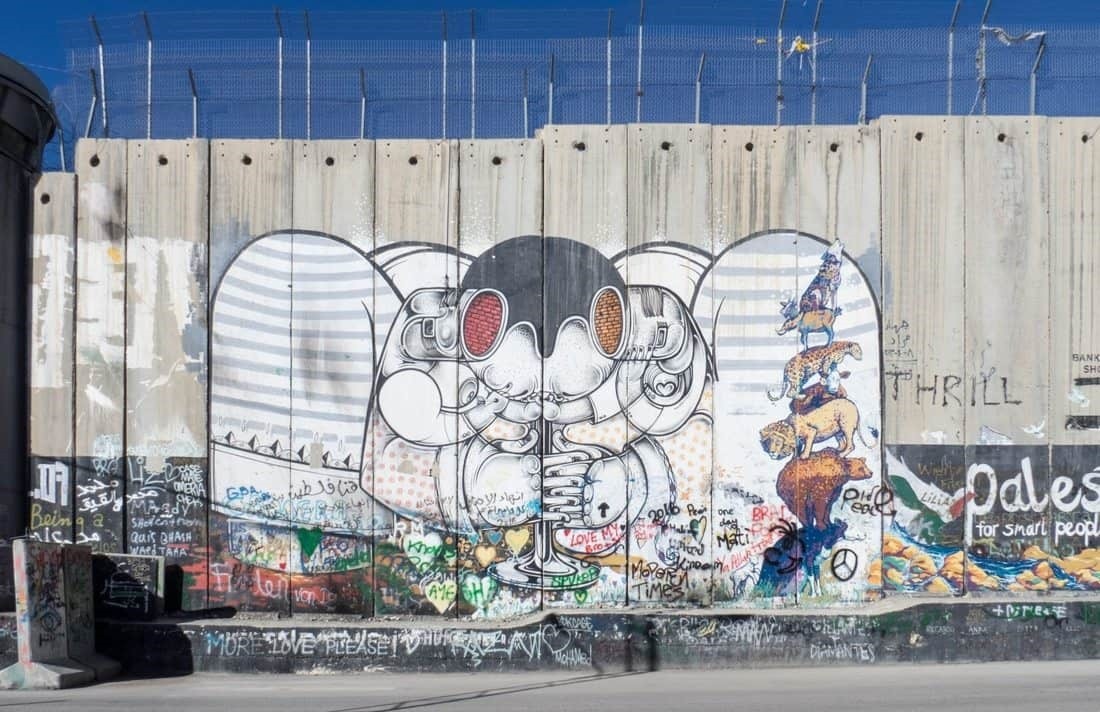 These days, there are two primary reasons why you should visit Bethlehem. The first is for its rich Christian religion and secondly for its gorgeous street art.

Every year, right before Christmas to early January, pilgrims troop into Bethlehelms’s old city to see where Jesus Christ was born. Tourists get to see the nativity church in the old town and several other sites scattered across the city.

However, the experience doesn’t end there. Have you ever heard the name, Banksy? He is an unknown person and no one really knows his name or nationality. Some of the things he is recognized for include bringing a somber Christmas spirit to a hotel he founded on the West Bank of Bethlehem. The nativity scenery of this environment evokes Palestine and Israeli conflict in an artistic manner.

Bansky first chose the city for some of his works of political commentary art in 2005. Young art lovers visited the town to see art and learn more about the conflict that ensued between Isreal and Palestine, and it made them understand what it means to live in an occupied land.

Bansky, who is an artist, has been painting gravity since the mid-2000s. It started by painting murals on the walls of destroyed Gaza family homes. It then transformed into a hotel in Bethlehem, then giant stenciled pieces on the segregation wall. His art was also found on an iconic travel campaign. One thing was for sure; Banksy is no stranger to creating inspirational works in and about Palestine.

From the mid-2000s, there have been identifiable pieces of art spotted across Gaza and the West Bank. The collections of his paintings have been dubbed ‘west Banksy.’ Banksy rarely speaks using words. Instead, he chooses to speak through his work. Some of his most famous works include the Walled Off Hotel in Bethlehem, located only meters away from the checkpoint between Israel and Palestinian territory.

A large portion of Bansky’s art spotlights military oppression. He has one with an Israeli soldier asking a donkey for its ID. He also has another showing a small Palestinian girl frisking a soldier. In 2015, Bansky released a tourism video about Gaza. In this video, he sarcastically uses the caption “Welcome to Gaza.”

The girl Frisking the Soldier

The girl frisking the soldier is only a few hundred meters to the north of the bus stop on Hebron road. The girl frisking a soldier is in a shop under a plexiglass cover, with postcards and t-shirts on her left. She also had a magnet and olive wood pendants to her right. 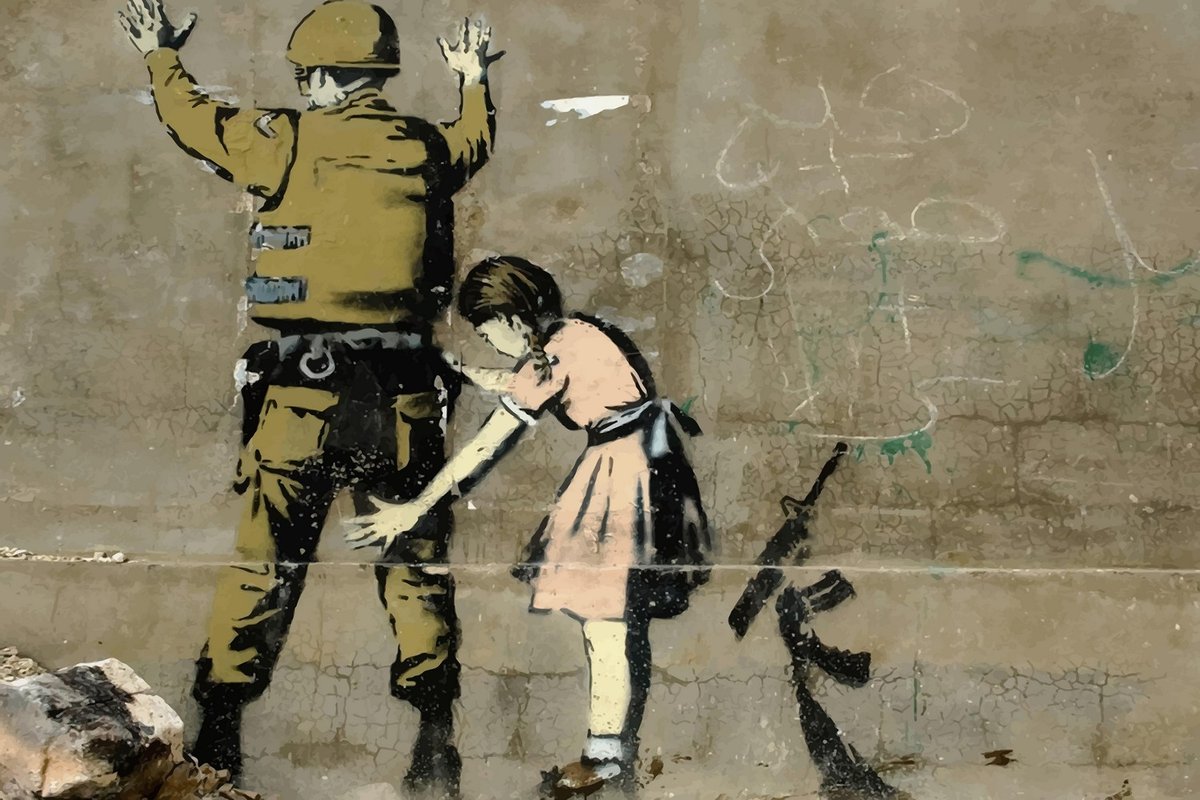 From the girl, you will find your way to the armored dove following the Hebron road. You will find a giant white dove in a full bulletproof vest on the Palestinian Heritage Center wall. The dove is quite big, and you should be able to see this dove from a distance. It also has an olive branch in its mouth, which is pretty hilarious. 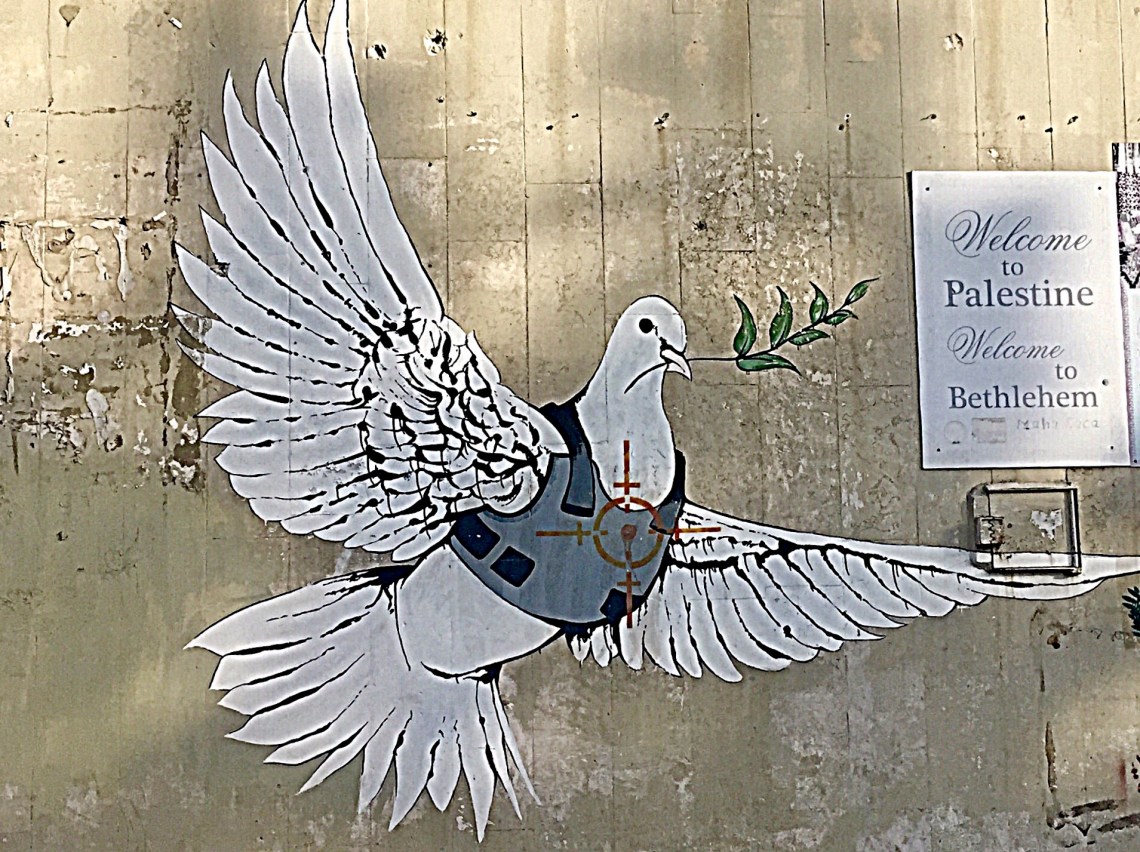 Along Manger street, you will find the painting of the protesters throwing flowers and angels scattering hearts. This painting is much bigger than most will expect as it covers two floors. The painting is as colorful as ever. 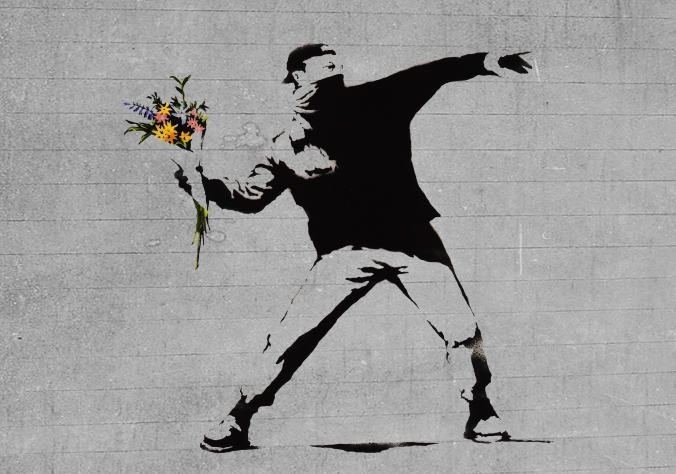 Street art along the wall of separation 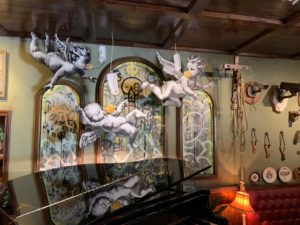 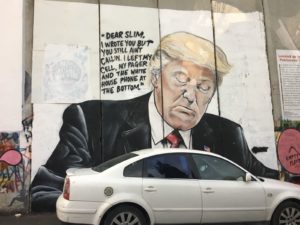 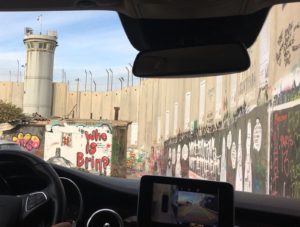 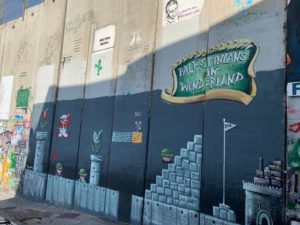 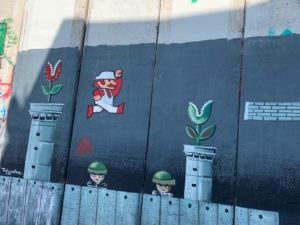 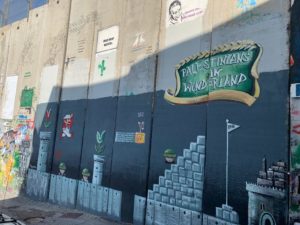 Bansky was a man of art, and his art lives on. With a professional tour guide at Holy Land VIP Tours, you wouldn’t have to spend hours trying to find every piece of art. Transportation and convenience will all be arranged, making sure that you are in the right mind frame to enjoy these pieces of art.

Today, get in touch to book your tour and experience street art in one of the holiest cities on earth. Also, you get to witness some of the places Jesus visited during his lifetime.