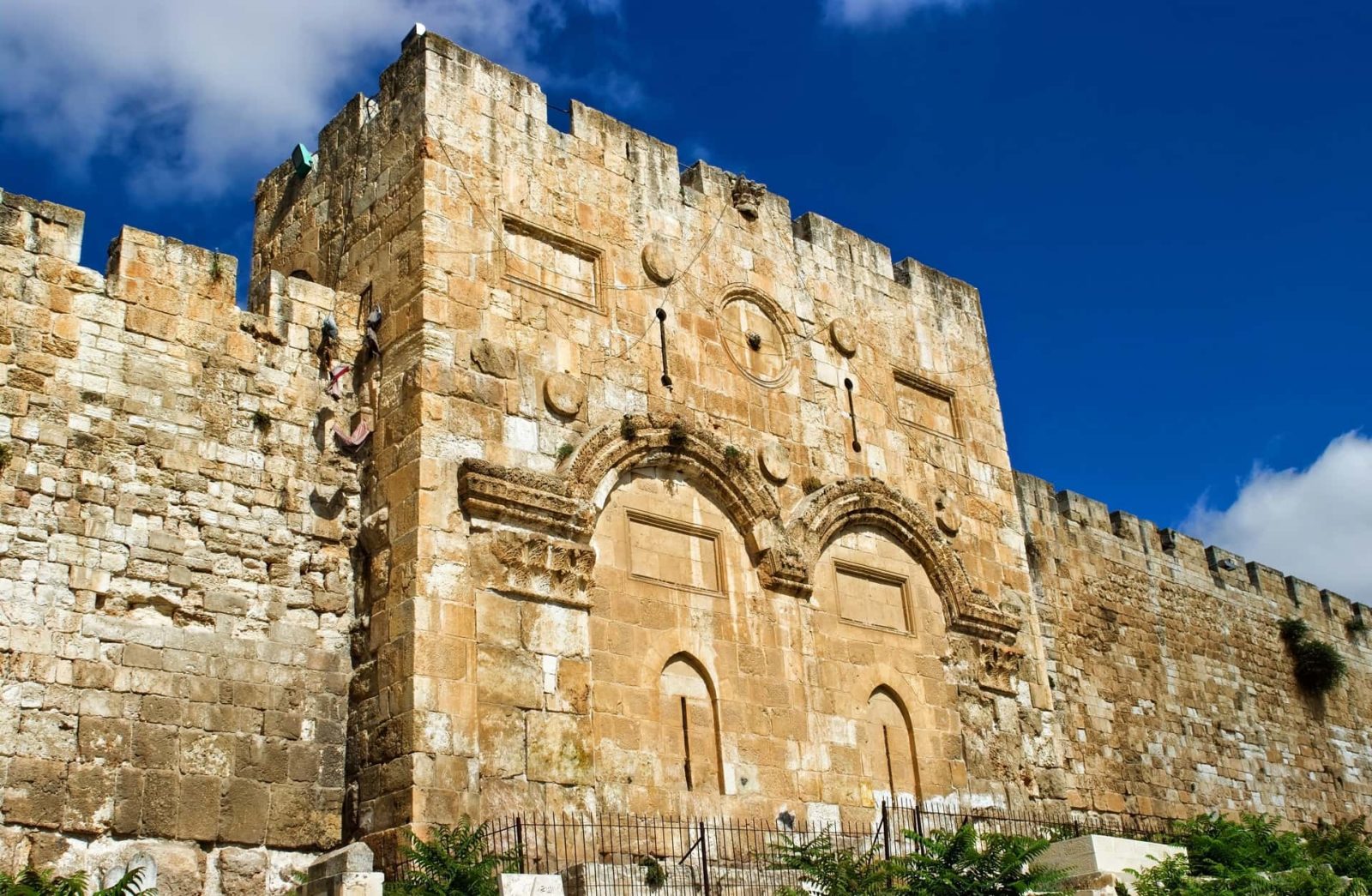 Taking a tour through Jerusalem can be considered abridged if you never make it to the Golden Gates. Even before the coming of Christ, Jerusalem was packed full of Sanatoriums, Chancels, Synagogues, and many other antiquities that have helped Christianity become what it is today.

Pilgrimage to the holy city has now become essential to the Christian faith. That is because it helps us understand the essence of our faith better, and we get to walk the path the almighty has walked.

As a tour guide, you must spend your time going to the places with the most religious significance and not just any place in Jerusalem. One of such appurtenant site is the Golden Gate in Jerusalem’s old city.

History of the East Gate of Jerusalem

The old Jerusalem is a city protected by a long wall all through its edges. This wall was built in the 16th century by the Turkish sultan Suleiman the magnificent. Click To Tweet On this wall, there are eight different gates, namely:

However, we will be focusing on the third gate, the Gate Of Mercy, which is also the ‘the Golden Gate.’ This gate is located in the eastern tomb, mount wall, and is one of the most famous gates. It is also the oldest gate to the city. These have contributed to making the golden gate one of the most iconic places to visit in Jerusalem. And make it a place of true worship, like an altar where you can feel God’s presence.

Fixing a date on creating the golden gate has proved futile because the Israeli government doesn’t allow any archeology project on this gate. However, researchers and Hazzans who have studied these gates’ creation and history believe that this gate was built in 520 AD. It is generally thought to have been made during the Byzantine era and the Umayyad period.

There also stood an Aedicula at the gate’s proximal location in which the Jews used to pray. After it fell, Christians in Jerusalem began praying to God while facing the Gate of Mercy.

Importance of Golden Gate in Christianity

Many times Christians wonder why the golden gate was sealed and why it’s so essential to pilgrims. Well, the East Gate holds a consecrated value in the hearts of Christians as a result of its history.

The location of this gate became another critical location during the triumphant entry. Jesus came from the east, and people saw him coming from the road leading to the Mount of Olives and the Temple Mount. That is to say that while on Jesus’s triumphant entry, he went into the city from the eastern gate.

With so much history in one place, this location has become one of the holiest sites on earth where Christians can experience a closer connection to Christ. These are some of the reasons why the golden gate is so vital for the Christian faith. Finally, there is the mystery behind its history. The question of every pilgrim’s mind is “why is the East Gate Sealed?”

Why is the Gate of Mercy sealed?

The Gate of Mercy has been long-sealed since 1541 by the Ottoman Empire Sultan Suleiman. Click To Tweet Since then, everyone, mostly tourists, has wondered why the gate was sealed and why it was never opened.

One of the main reasons was to honor the messiah because he alone should walk the golden gate. When he returns, he will move away from the stones like it was done on the resurrection. The entrance wasn’t blocked to stop Jesus when he returns on the Day of Judgment to take the faithful with him, but instead, it was secured to honor him. Jesus was the sacrificial lamb who went to hell and got the keys to eternal life, and so, he should be the one to open the lasting gate.

The Israeli government completely closed the gates in 2003 because some illegal buildings and architect damage were observed. Later on, in February 2019, the inner entrance to Temple Mount was opened for the Tourists; however, the outer gate remains sealed.

In the Bible, we can find several scriptures that mention the Golden Gate. In Ezekiel’s book, many things about the east gate are discussed, e.g. Ezekiel 10:18–19. The prophet sees the glory of the Lord leave the temple through “the entrance of the east gate of the Lord’s house.” The glory then moves east of the city to the Mount of Olives (Ezekiel 11:23), the glory of the Lord returns to the temple via “the gate facing east” (Ezekiel 43:1–5). The psalms of David also mention the eternal gate as well in the book of Mathew chapter 24, the bible mentions that the savior will come from the east. It is based on these biblical texts that this tradition has developed and why it has so much spiritual substance in Christian pilgrims’ travels.

You can discover more of the Golden Gate and learn more about the life of Jesus in Jerusalem by going on pilgrimage to the Holy city. Click To Tweet There, you can see, feel, and touch several places that hold significant value to the Christian faith. Ensure you hire a Christian tour guide to ensure you have an experience like no other.