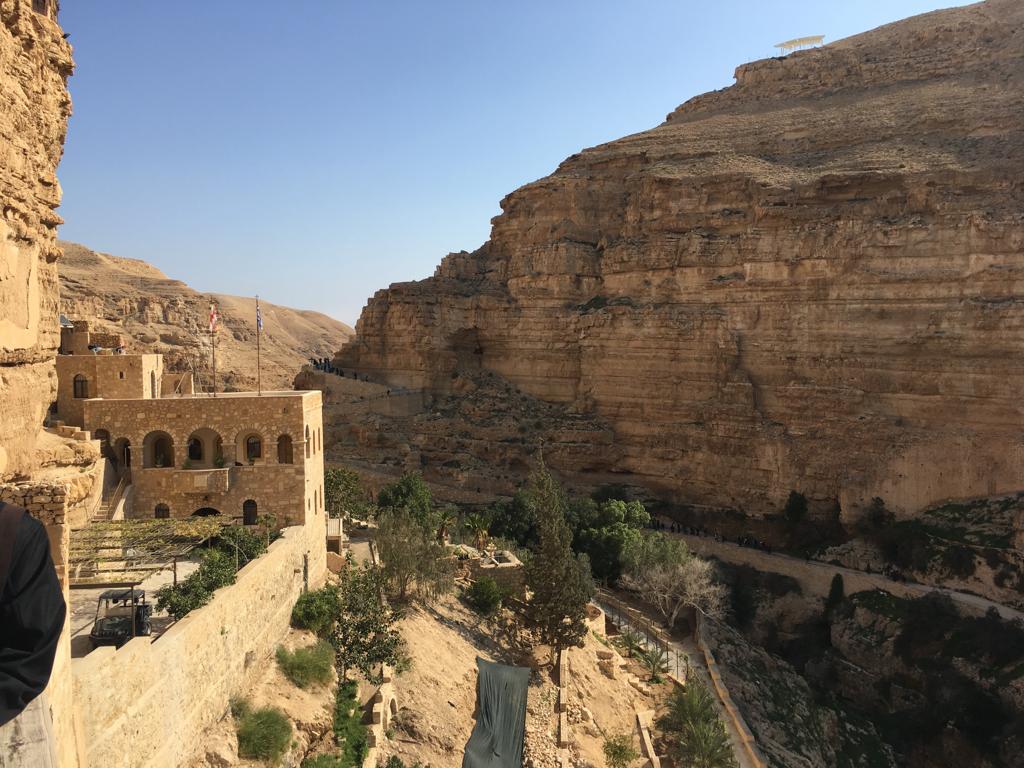 Saint George monastery Of Choziba is an astonishing monastery you should visit.

It is located in the magnificent valley of Wadi Qelt on a cliff in the eastern part of the West Bank.

The valley of Wadi Qelt originates near Jerusalem and runs into the Jordan River near Jericho and the Dead Sea.

Established during the Byzantine period, the monastery was later destroyed in AD 614 during the Sasanian(Persian) conquest of Jerusalem.

The bones and skulls of the martyred monks who were slaughtered by the Persians are kept today in a chapel outside the monastery walls.

Later, in the 12th century, it was rebuilt during the Crusader period but later abandoned after their defeat.

Then, it was rebuilt again by Greek monks at the end of the 19th century and is inhabited by Greek Orthodox monks to this day.

According to tradition, the prophet Elijah had visited when he was en route to the Sinai Peninsula.

It is also believed that St. Joachim, whose wife Anne was infertile, was weeping there.

Then an angel came and announced him the news of Virgin Mary’s conception.

Also, relics of the three saints associated with the monastery’s name are kept in the main church.

Those saints are John of Thebes, George the Chozevite and John the Romanian.

When walking through the slippery but stunning hill path, you will pass over a bridge across the Wadi Qelt valley.

Many believe the valley is the same valley which is mentioned in Psalm 23:4’s.

valley of the shadow of death

The surrounding area of the Monastery and the Wadi also provide a great place for hiking.

Additionally, you can always take a Donkey Ride back to the exit if you are tired.

Interested in a Private tour with a Christian tour guide that includes that attraction?

Call us: [insert_phone] or Leave us a Message and we will contact you back with an offer shortly. 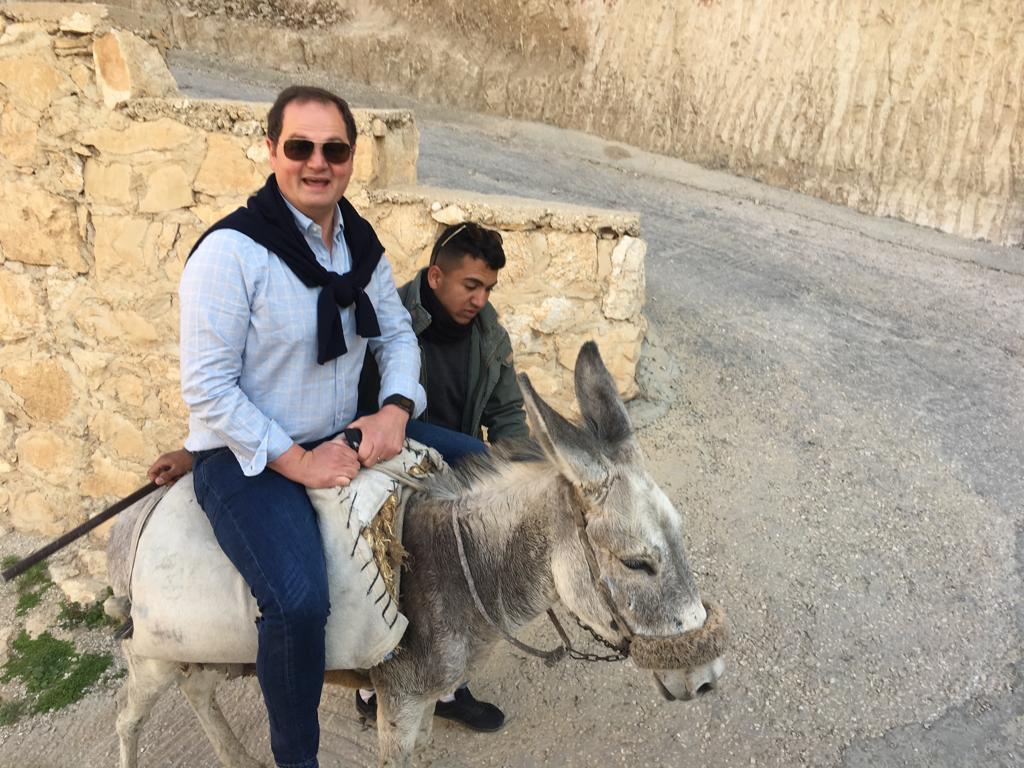 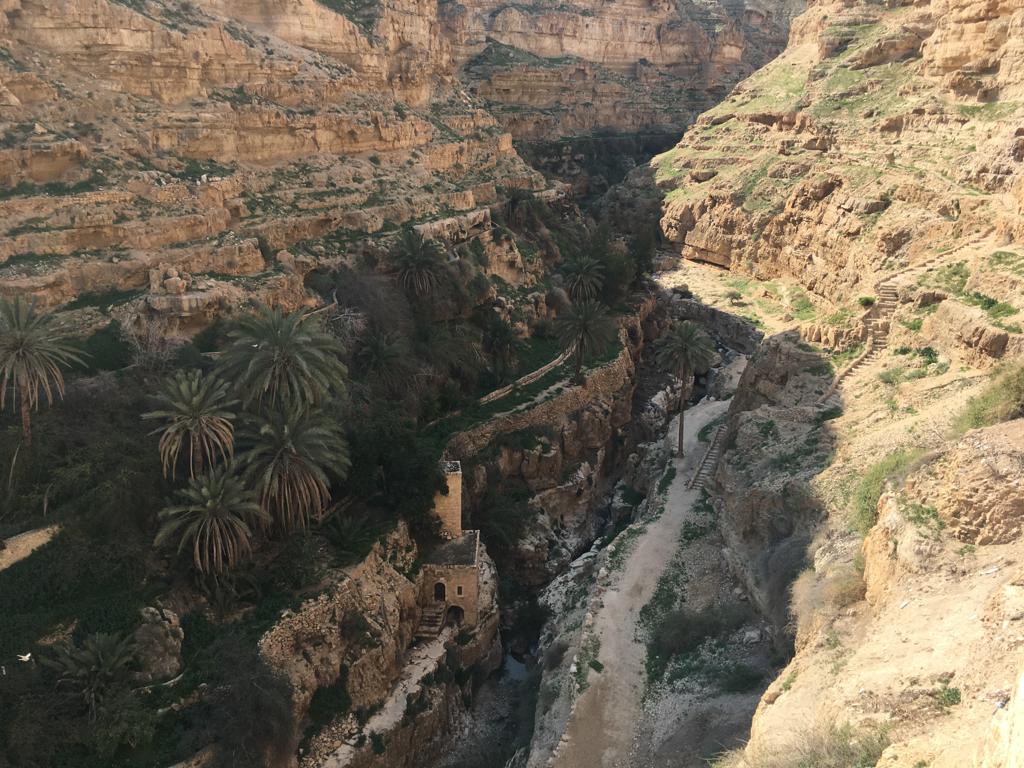