Discover the Mount of Olives in Jerusalem

Next to the Old City of Jerusalem lies a hill with slopes covered in olive groves. Mount of Olives is not magnificent in size as one would imagine, but its historical significance makes up for it. Dating back to biblical times, the Mount of Olives bore witness to events significant for both Jews and Christians. That’s why it has become an essential stop for the Holy Land Pilgrimage Tours.

In this article, you will gain a deep insight into the Mount Of Olives and the history that revolved around it.

The Mount of Olives is the highest of three peaks of a four km-long mountain ridge to the east of the Old City. It emerges 826 meters above the ground, surrounded by the Kidron Valley and the Judean Desert. You will notice an abundance of sedimentary rocks interrupted by chalk and flint, which made the mountain suitable for burial grounds.

Even before the start of biblical events, Mount of Olives was a spot that attracted attention. The thousands of graves found here suggest the Jewish cemetery on the hill dates back to 3000 years ago. However, it wasn’t only the grief-stricken events taking place here. After the destruction of the Second Temple, Jews gathered on the slopes for religious ceremonies and celebrations, including the biblical Jewish holiday Sukkot, or Rosh Chodesh (the first day of a new month). It also served as a shelter for Roman soldiers during the Siege of Jerusalem.

Mount of Olives takes place in numerous biblical references regarding Jesus and Mary; hence it is one of the central Christian worship sites. Now, let’s briefly go over the most remarkable of these references to have a better understanding.

IN THE OLD TESTAMENT

The first mentions of the Mount of Olives had to do with biblical kings. II Samuel 15:30 describes how David ascended the hill on his way to Jerusalem while his son Absalom attempted to overthrow and execute him. Later on, the first idol worshippings took place here when King Solomon built statues and altars to gods, so I Kings 11:7-8 describes it as Mount of Corruption. This era, also called the First Temple Period, came to an end when Josiah ordered the destruction of the altars (II Kings 23:13).

We can attribute the thousands of Jewish graves on the Mount of Olives to Zechariah 14:4, which states that the dead will resurrect on the mountain with the arrival of the Messiah. That’s why several significant prophets and rabbis wanted to be buried here, including Zechariah, Malachi, Haggai, and Hayyi ben Moshe ibn Attar.

IN THE NEW TESTAMENT

Mount of Olives was a significant place during Jesus’ Triumphal Entry into Jerusalem. There are several references in the Bible addressing Jesus’ descent from the hill towards the city a few days before the Last Supper. It marked his last entry into Jerusalem and the beginning of Passion.

Another critical event on the mountain was the Olivet discourse. Jesus had been spending time on the Mount of Olives to gather with his disciples to conduct teachings. This event is also known as Little Apocalypse since Jesus was indicating the approaching Great Tribulation, during which worldwide disasters and wars were to occur. Despite the speculations on when the Tribulation was to begin, it was clear that Jesus was explaining the next steps leading to the Kingdom of God.

On the night of the betrayal, Jesus climbed the Mount of Olives to pray.

My Father, if it is possible, let this cup pass from me; yet not what I want but what you want.

Then, his disciples joined him so that they could sing together (Matthew 26:30).

Above all else, the Mount of Olives was the location of the Ascension, where Jesus rose from Earth into Heaven as his disciples witnessed. According to Luke 24 and the Acts of the Apostles, Jesus took his disciples and requested that they waited for the arrival of the Holy Spirit in Jerusalem before he started ascending while engulfed by a cloud.

THINGS TO DO IN THE MOUNT OF OLIVES

As the scene of countless biblical events, the Mount of Olives is an absolute must for every Christian visiting Jerusalem.

Church of all nations and Garden of Gethsemane

Also known as the Church of the Agony, it was where Jesus prayed on the night of his arrest. The church located at the base of the hill is home to a magnificent façade, as well as a garden that comprises ancient olive trees. for further reading about this magnificent place, we recommend you to read our article about this unique place, by following this link. 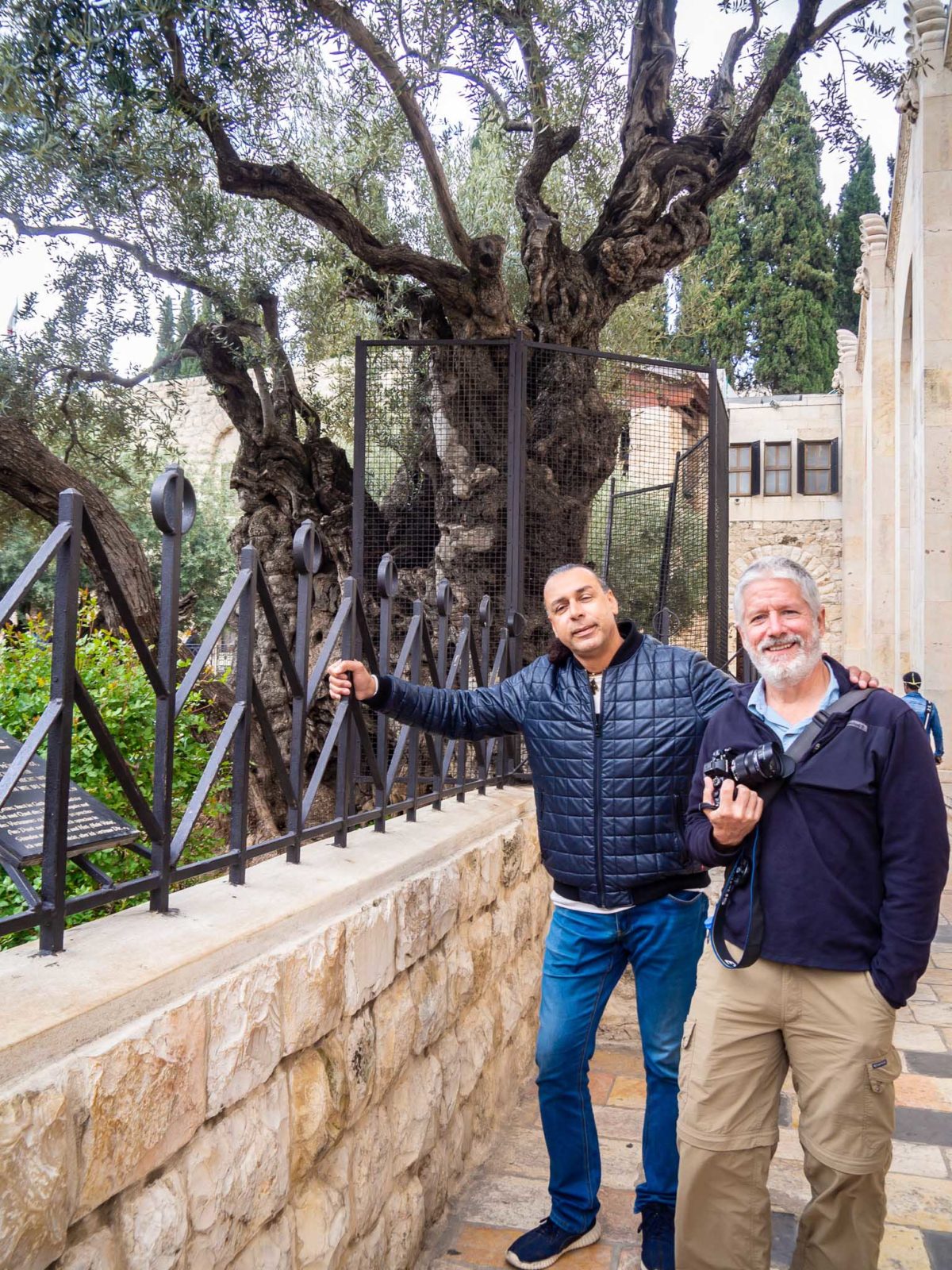 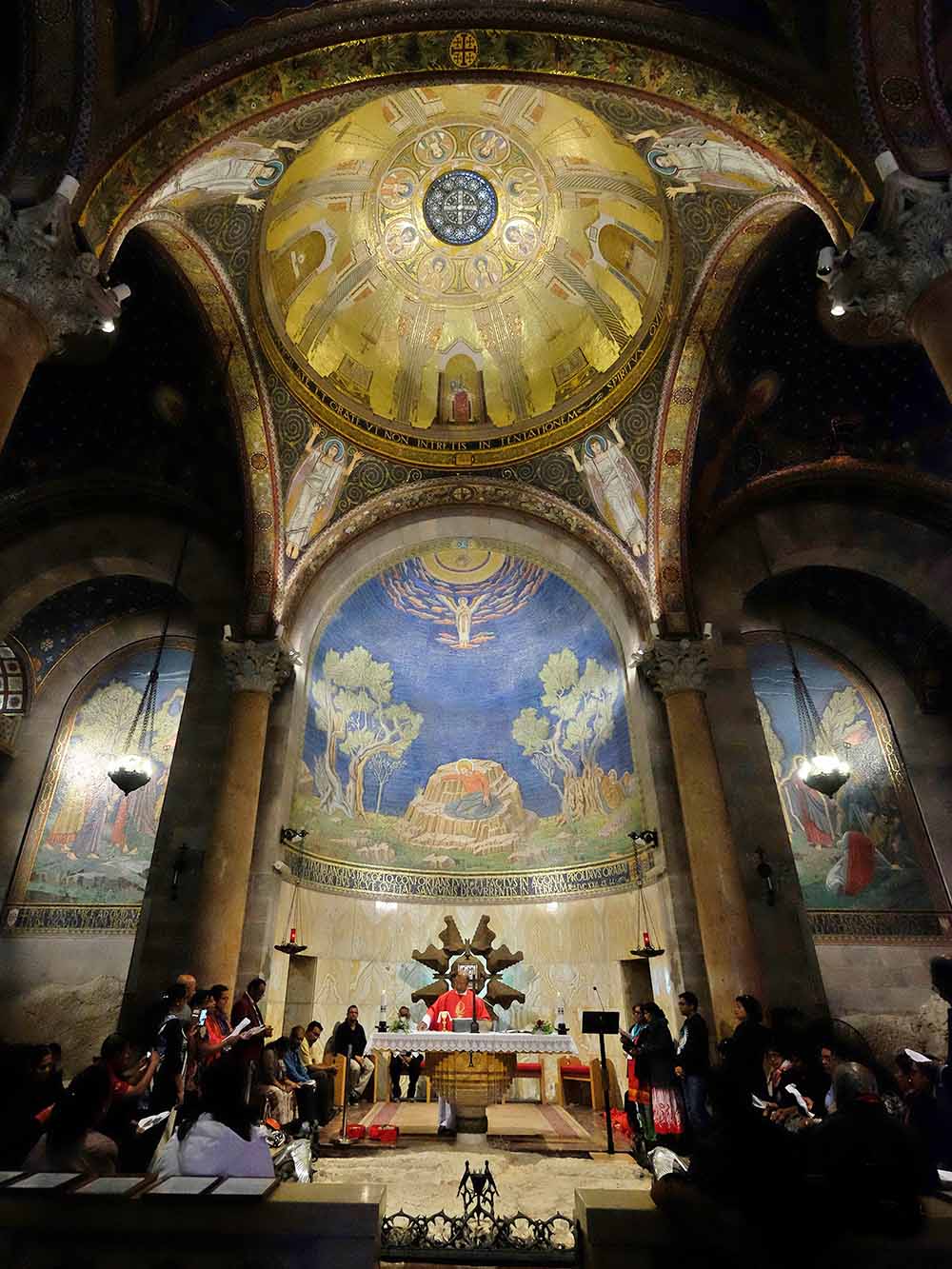 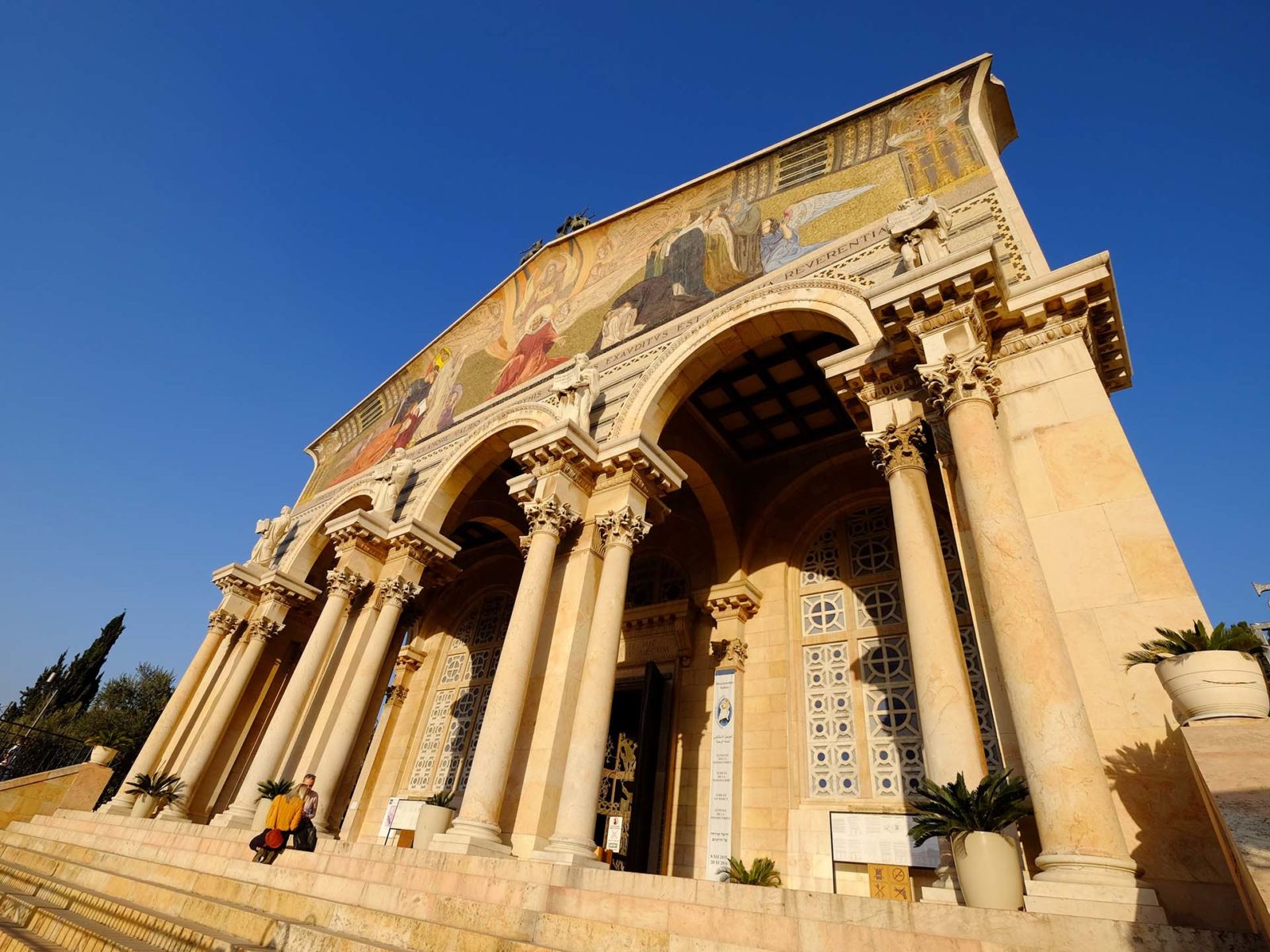 Church of the Sepulchre of Saint Mary

The church is known as the site where Judah turned on Jesus and helped with his arrest. It is also home to the empty grave of Saint Mary. The tomb is empty since Jesus pulled Saint Mary’s body into Heaven three days after her burial. The hiking trail to the summit of the mountain starts outside the church. As you exit the church, you will come across the Judah column illustrating the betrayal of Judah.

The Russian Orthodox Church near the Garden of Gethsemane was built in 1888 and dedicated to Mary Magdalene, a Jewish woman who accompanied Jesus before his execution and was the first to see him after the Resurrection. You will also find burial sites of Russian princesses, duchesses, and nuns. 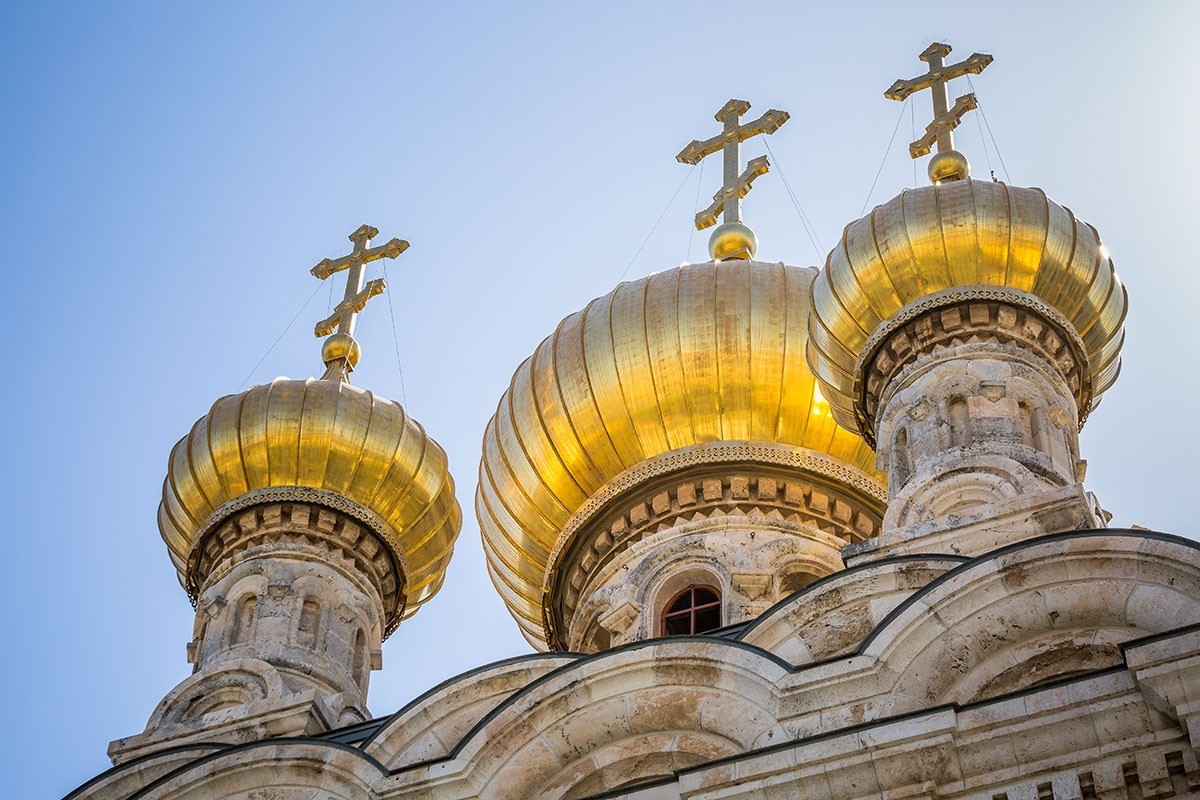 The Jewish Cemetery on the western slopes of the Mount of Olives is the oldest in Jerusalem. As we mentioned previously, it was a burial site for thousands of Jews throughout history, including Menachem Begin, the 6th Prime Minister of Israel, who passed away in 1983.

Tomb of the Prophets

As you approach the summit, you will find a collection of tombs at the base of the staircase. These tombs belong to religious figures worshipped both in Jewish and Christian traditions. The most notable graves belong to the last three prophets mentioned in the Old Testament – Malachi, Zechariah, and Haggai.

The Chapel of the Ascension

As the name suggests, the Chapel is the spot where Jesus’ Ascension into Heaven took place. As he was ascending, the angels appeared to the disciples and told them that Jesus would set foot in the exact same spot when he returns. That’s why the church from the Byzantine period bears extra significance for Christian pilgrims.

The Church of the Pater Noster

The Church of the Pater Noster is perhaps one of the most informative sites on the Mount of Olives, as many of Jesus’ teachings took place here, especially the ones about the Pater Noster (Our Father) prayer. You can read the prayer ingrained on porcelain tables in many languages both inside the church and around the courtyard. For further reading about the church, follow this link. 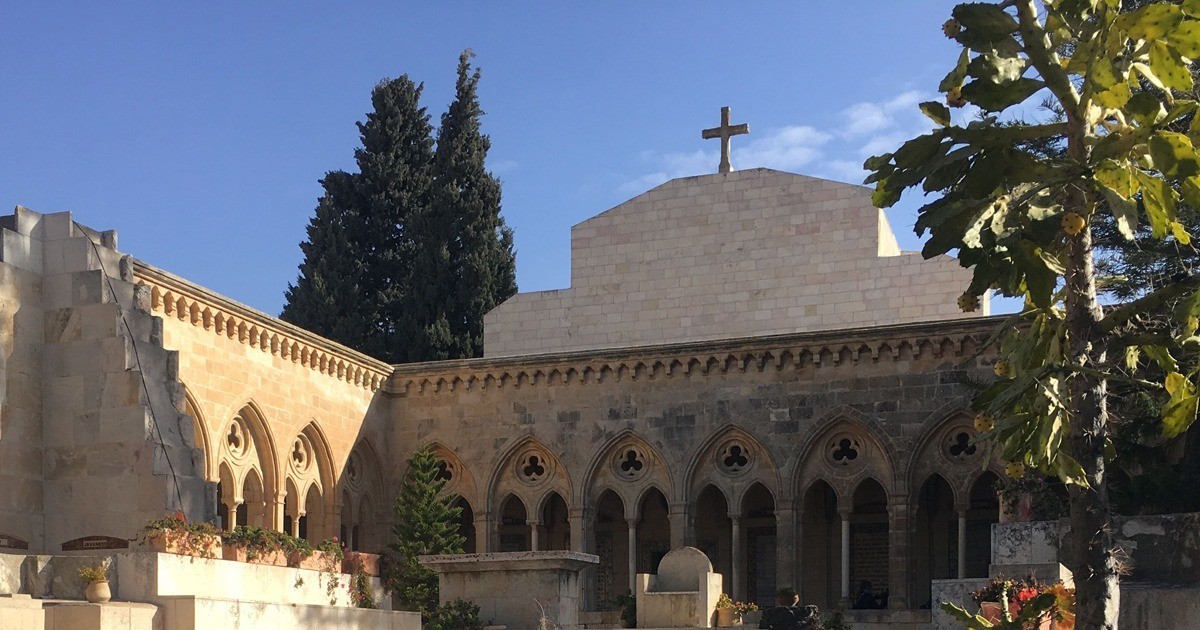 The church was erected on the site, where Jesus took a break during his triumphal entry into Jerusalem. It was here that he wept while looking over Jerusalem. It stands out not only for its architecture designed by Antonio Barluzzi but also the Byzantine mosaics inside. It is also an essential excavation site where archeologists discovered tombs dating back to the Second Temple. Don’t forget to take a break to appreciate the stunning views of Jerusalem from above. 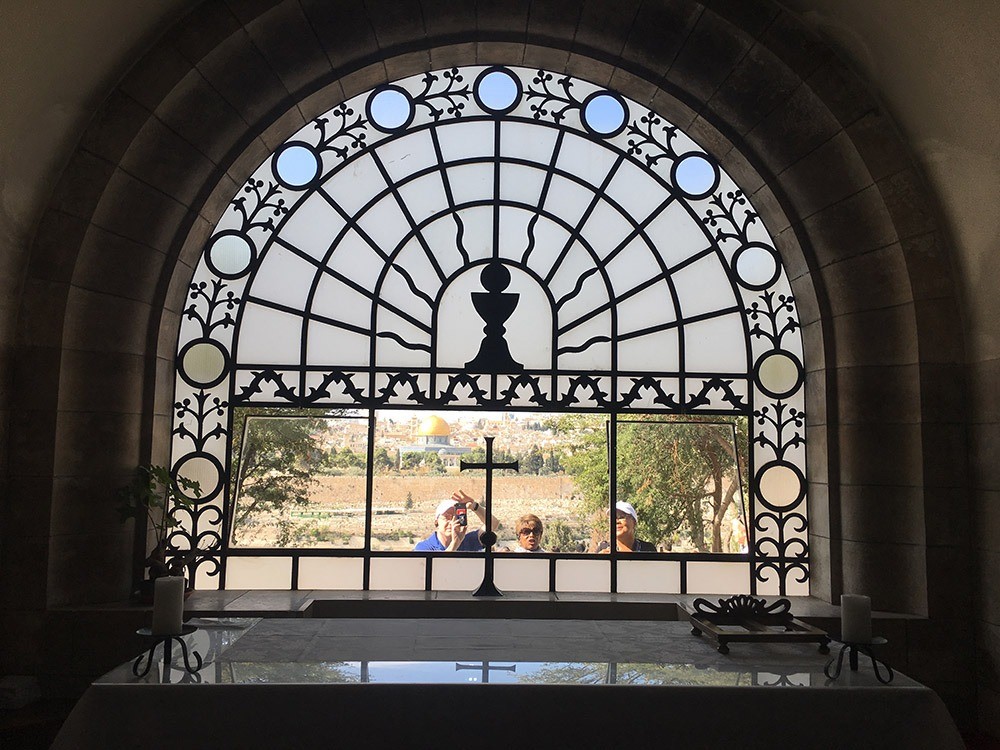 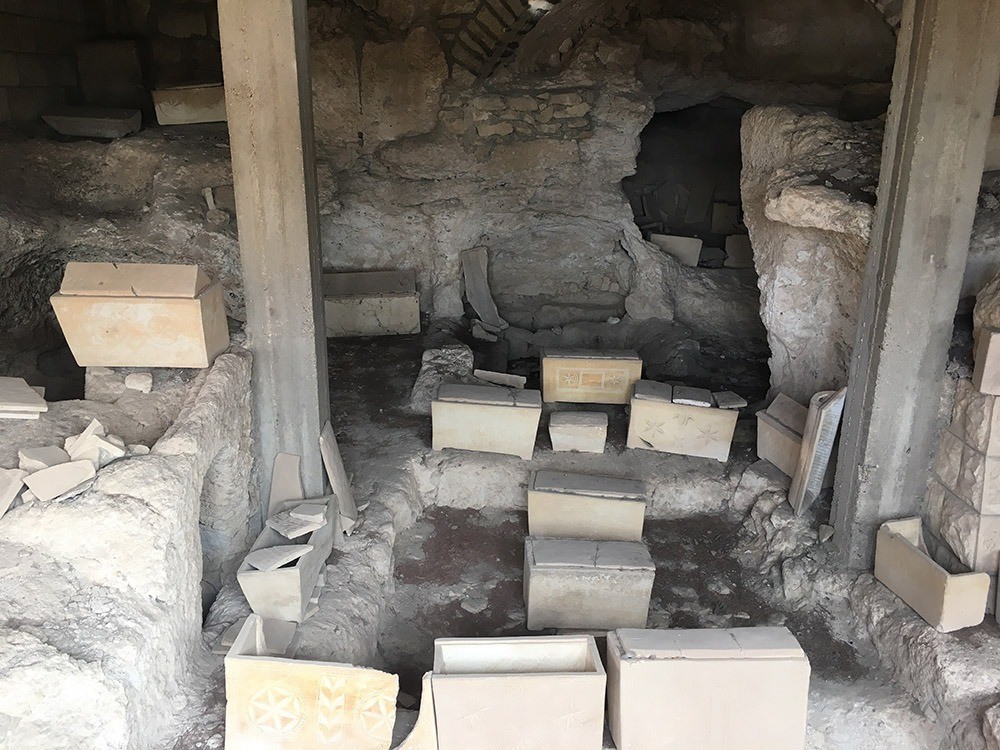 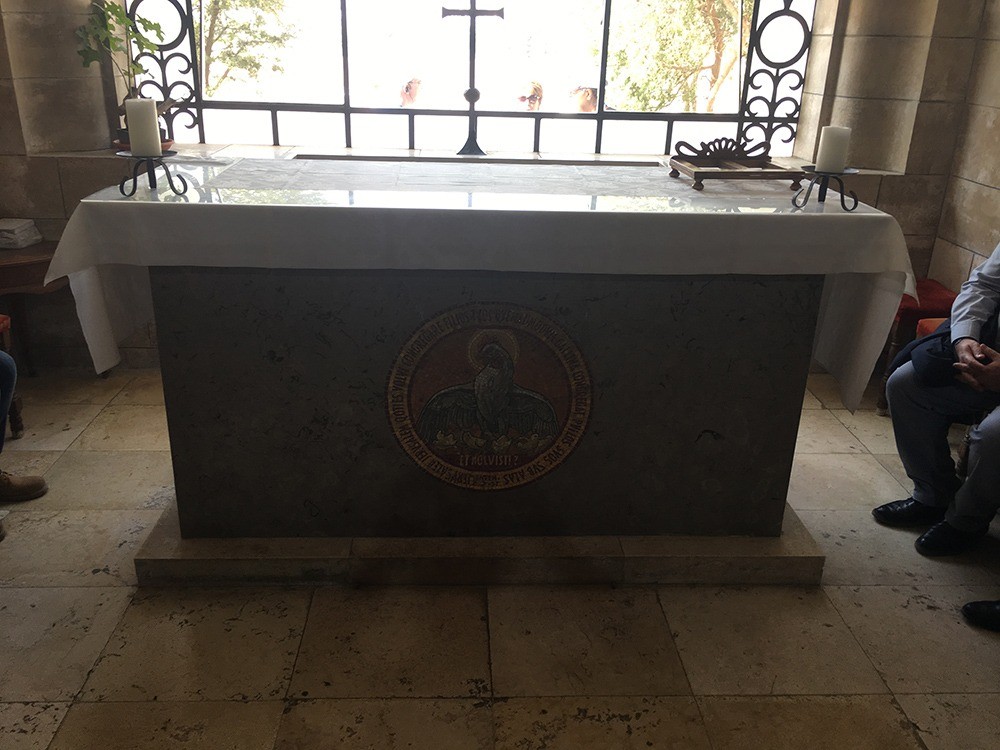 The climb is a steep and challenging one, but the views at the top are equally rewarding. The Rekhav’am Observation Deck built in 2001 offers panoramic views of the Old City, as well as the New City and even Temple Mount.