Cardo Jerusalem of the Byzantine 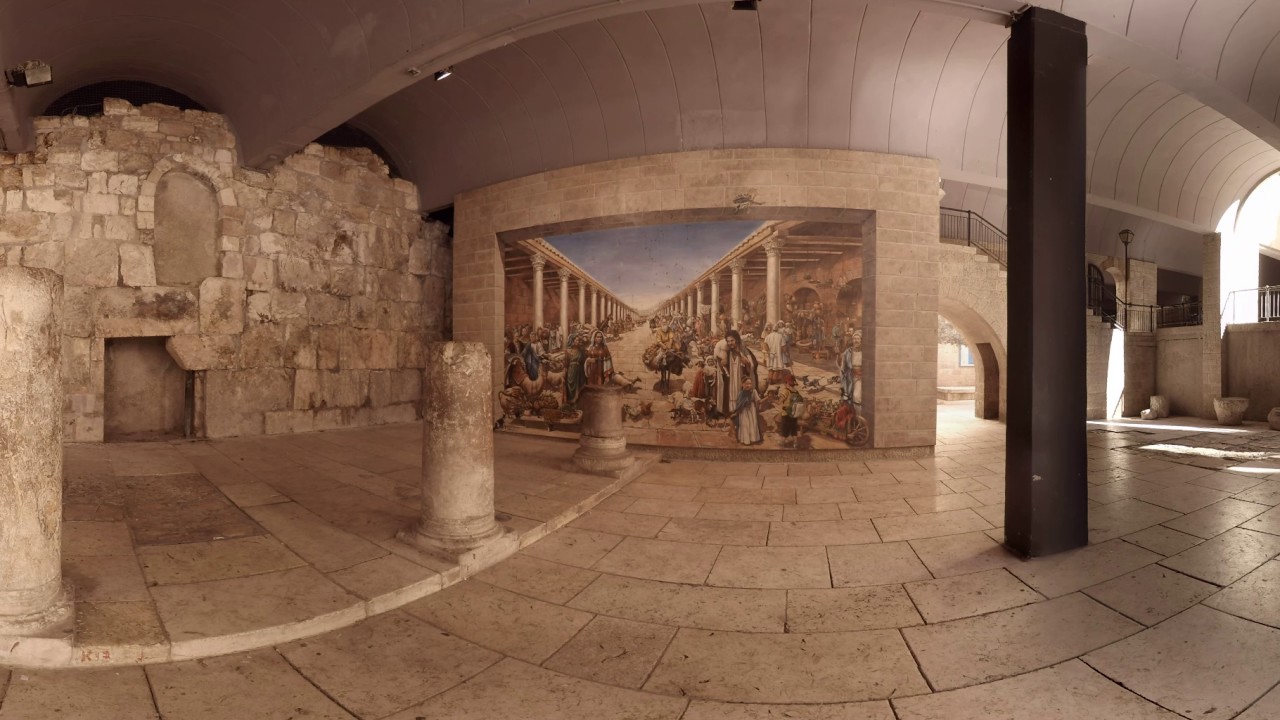 Jerusalem is packed full of iconic and significant structures all through history. One such great structure is the Cardo, which was built during the Byzantine period. The Cardo was made of mainly shops which stretch all through its length. These shops and the Cardo are now tourist attractions. It is visited by pilgrims as well as tourists who visit Jerusalem (The Holy City).

The Cardo or HaCardo was a street in Jerusalem. It was the main street with lots of shops lined on its two edges. The Cardo of Jerusalem began in Damascus gate and extended to Zion Gate. Click To Tweet

The Madaba Map shows a clear picture of what the Cardo looked like when it was built. The Madaba map was discovered as a floor mosaic that dates back to the 6th century. This discovery was made in a Byzantine church located in Jordan. This map is of tremendous value to the world as it contains the map of the Middle East. It is also a detailed cartographical depiction of Jerusalem and some of its structures that have been lost to time. It is a bird’s eye view depiction that shows the wall, the gates, the main entrance, streets, and churches.

What is Cardo and Why is it worth mentioning?

The History of the Cardo

Evacuations between the Chabad Street and HaYehudim street uncovered sections of the Byzantine Cardo, which extends approximately 180 meters. The Cardo of Jerusalem was first built by AD Hadrian when he was building Aelia Capitolina. He wanted it to bear similar likes to a great roman city, so he added a Cardo. The Cardo road was paved with stones, and it was 22.5 meters wide. It ran southwards from the Damascus gates. After his death, by the Byzantine era in the 6th century, a new Emperor Justinian appeared. Justinian extended the Cardo to the Church of the Holy Sepulchre further south (this is one of the oldest churches in Jerusalem) and the Zion Gate.

What will be considered an excellent depiction of what the Cardo looked like back in the days would be: a central lane, open sky, passage of carriages and animals. Colonnaded covered walkways also flank each side of the Cardo for pedestrians.

The eastern and western Cardo

The Cardo is divided into two parts, the western and the eastern Cardo. Under the Byzantine period, the western Cardo was known as the "Cardo Maximus." The eastern part was called the "Cardo Minor." Click To Tweet However, historians would recall that this wasn’t the situation during the Roman period. During the Roman periods, the western Cardo was the “minor” and the eastern Cardo the “major.” But there was a switch in the name during the Byzantine period as it came with changes. The byzantine changes were significant, and these changes were highlighted by the expansion by Evdokia and later on by Justinian.

These two sections were divided based on the types of products the shops in each area sold. Cardo Maximus was well known for its refined products and not for food. It was for silver, gold, silk, spices, and perfumes.

Cardio minor, which is the eastern minor, was then for food. The merchants on the eastern Cardo solely sold Meat, cheese, milk, goat, and all types of food.

The Cardo in Jerusalem today

Today, some of the columns are restored, and visitors can walk through the Cardo as they would have in the 6th century AD. In the north, visitors will find that the bazaar built by the Crusaders in the 12th century has also been restored. Today, these shops sell modern merchandise as they maintain their aura of history.

Today, tourists and pilgrims to the Old City of Jerusalem can roam freely in the Cardo. Tourists can see thick columns, ornate capitals, and arcades where merchants previously stood at the large flagstones. Today, these shops now sell locally made jewelry, religious items, and other spiritually edifying artworks. However, the different parts of the Cardo have been covered by newer buildings.

Visitors can also see the famous Madaba map of the Cardo in the holy city. Although you wouldn’t see the original, visitors can see its replica. A large mural painting shows what the Cardo would have looked like 1,500 years ago. This painting shows a vivid image of how the bustling streets of Cardo would look. It displays the wears, a covered walkway, animals, and other colorful characters.

Are you interested in seeing the Heart of Jerusalem? Why not book a tour today and see the Cardo. In Jerusalem, you would also find many exciting locations.