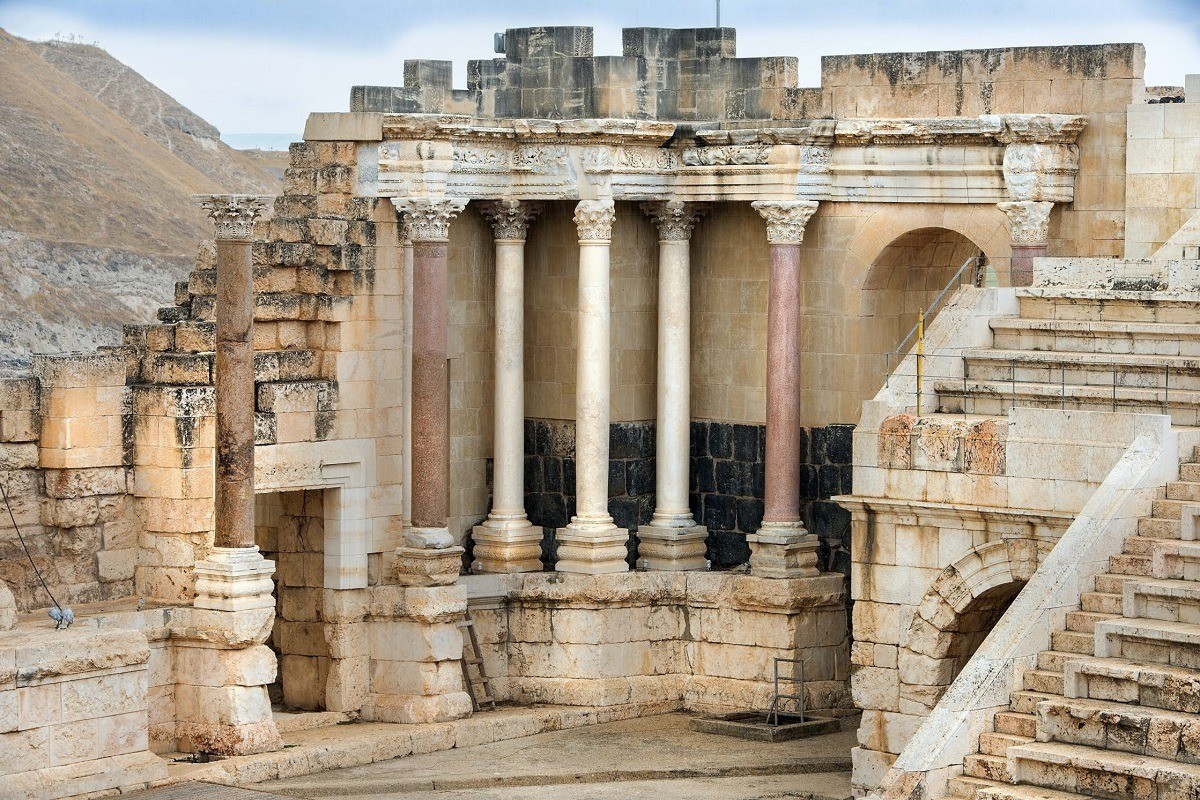 Beit She’an, also spelled as Beth Shean, is an old city in Israel with a long and rich history.  Like most places in Israel, Beit She’an has many other names like Beisan and Scythopolis. You will find this city nestling in the fertile eastern end of the Jezreel valley in the Northern District of Israel.

Due to its location, this city has played an essential role in the history of the region. You will find it at a junction of the Jordan River Valley and the Jezreel Valley. That puts it right in the path of important trade routes, and it includes a bridge over the Jordan river, which remains active to this day.

It is also known for its springs.

The History and Archeology of Beit-She’an

Canaanites have inhabited Scythopolis since the Neolithic times. This area also functioned as the administrative center for Egyptian Pharaohs.

The holy scriptures allude to Beit She’an being controlled by the Philistines and that on the walls of Beit Shean, the bodies of Saul and his sons were hanged (1st Samuel. 31:10). In the New Testament, there wasn’t any instance where Beit She’an was mentioned by name.

However, it is a member of the “decapolis,” which is a league of ten pagan cities Jesus visited. You will find an account of this in Matthew 4:25.

On his way to be baptized, Jesus visited Beit Shean. He also crossed the city on one of his pilgrimages to Jerusalem. 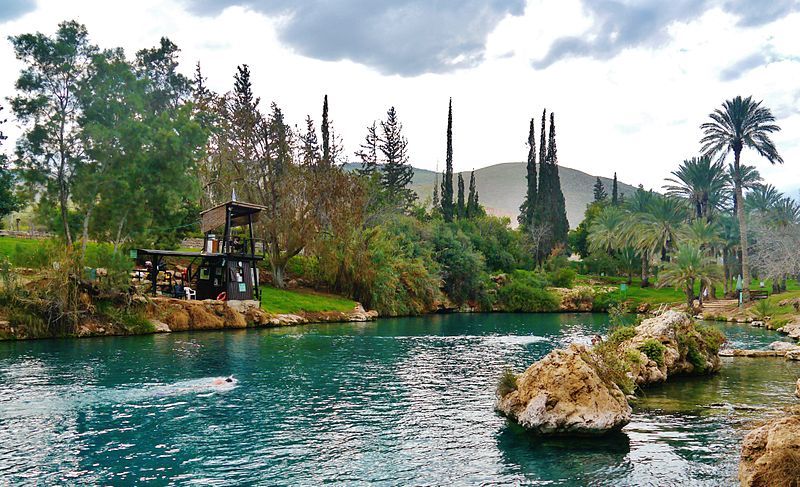 In the holy scriptures, there are ten pagan cities in the southern Levant called the Decapolis. These cities were culturally and politically affiliated and supported by the Romans. Some of the Decapolis cities still exist today, and a few of them have become archeological sites.

Of the ten cities that made up the Decapolis, six of the cities today are in Jordan (Pella, Amman, Capitolias, Raphana, Gadara, and Gerasa). Two are in Syria (Damascus and Canatha). Two in one of the places in Israel (Beit She’an and Hippos-Susita).

In the gospel, we account where Jesus visited the cities like in Mark 7:31, but none of these cities were mentioned by name. It is most likely that Jesus visited Beit Shean, which was called Nysa Scythopolis, on his way to Galilee, where he was baptized. It is also believed that he passed through this city on his way to Jerusalem.

In the Roman-Byzantine period, Scythopolis was a famous city and a hot spot for travelers and merchants. The city was mainly known for its flax fabrics and springs. After the Muslim conquest, the city fell. Things only got worse after the earthquake of 749 CE, which left the city severely damaged.

However, some parts of the city stayed occupied by crusaders in subsequent periods.

Learning about the history and culture of Beit She’an

Excavations at Beit-She’an didn’t begin until the 1920s. At that time, an American archeological expedition excavated its citadel. The 1990s, however, came with the discovery of much of the Roman-Byzantine city. As this happened, tourism in the area began to climb.

More excavations revealed a series of temples built by the Egyptians to honor their gods. Later on, the land became a Canaanite city which was later allotted to the tribe of Manasseh (Josh 17:11). During the reign of King Solomon, the city of Beit Shean became one of the places in Israel.

As years passed, the city of Beit She’an became a tourist site. The national park has its ruins from the biblical ages resting on top of a prominent tell. From this point, tourists can see the Greek and Roman ruins in the valley.

You should be looking for a 5,000 seat theater. This is one of the most iconic structures you will find in the Roman city. There are two other giant bathhouses next to it.

Visiting the colonnaded street is another reason why tourists visit Beit Shean. Its black basalt paved road runs from the theater to the base of the tell. On this street, you will find shops and some brothels with a 20-foot wide footpath. Several temples stood at the end of this street with a Basilica and a Nymphaeum close by.

Towards the southern part of the city, the Romans erected a Hippodrome. Later on, it was transformed into an amphitheater for gladiator shows.

After many centuries had passed, Crusaders occupied the land and built a fort over the careers of the Hippodrome, where they established a sugar plant. 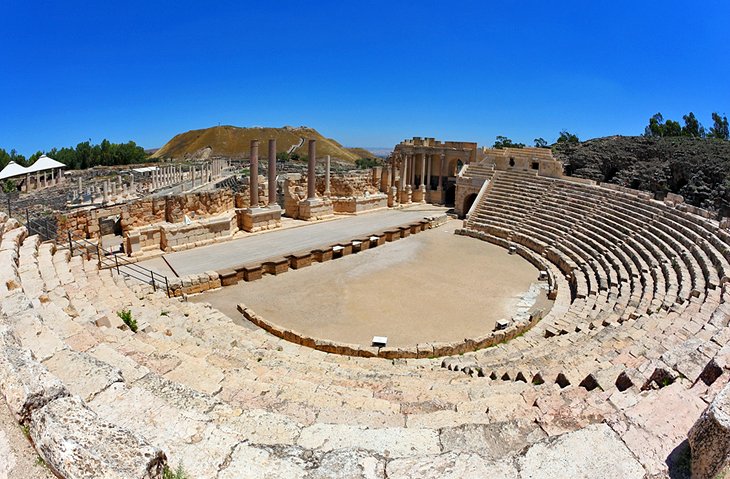 We highly recommend that you experience the nightlife in Beit Shean. This is ranked among the top five audio-light shows in the world. It is a spectacle that promises to put a smile on every viewer’s face. The experience begins with a 10-minute display on the back of the ancient theater followed by a display of various effects while highlighting the different antiquities of the site.

No matter what time of the year you come to Beit She’an, it still offers something that makes it too important to skip. On your tour of places in Israel, consider this city as it holds a rich history and culture.

Our VIP tour services ensure you get the best experience not only in Beit She’an. We assure you of the best touring experience when you book your tour with us. Get in touch with us today.