The Bahai Gardens in Haifa

The Bahai’ Gardens in Haifa is probably the most famous and iconic attraction in Haifa.

Hundreds of thousands of tourists visit this magnificent attraction every year.

The Bahai gardens on Mount Carmel in Haifa is a holy site of the Baha’i faith – a relatively new monotheistic religion.

About the Baha’i religion

The religion was established by an Iranian named Mírzá Ḥusayn Alí Núr(also known as Bahá’u’lláh) in 1863.

He was a follower of the “bab” and have managed to turn a small movement into a recognized religion with followers from around the world.

“Bab”, was an Iranian named Siyyid Ali Muhammad Shirazi, and he revealed himself as the prophet Bab(Meaning “Gates” in Arabic).

Bab quickly raised tens of thousands of followers but he also caught the attention of the Shia clergy in Iran.

He was shunned by the Muslim clergy and only six years after creating his movement, he was executed.

Bahá’ísts see the Báb and Bahaullah in similar was as we see John the Baptist and Christ.

Both the first ones are predecessors who paved the way for the foundation of religions by their followers. 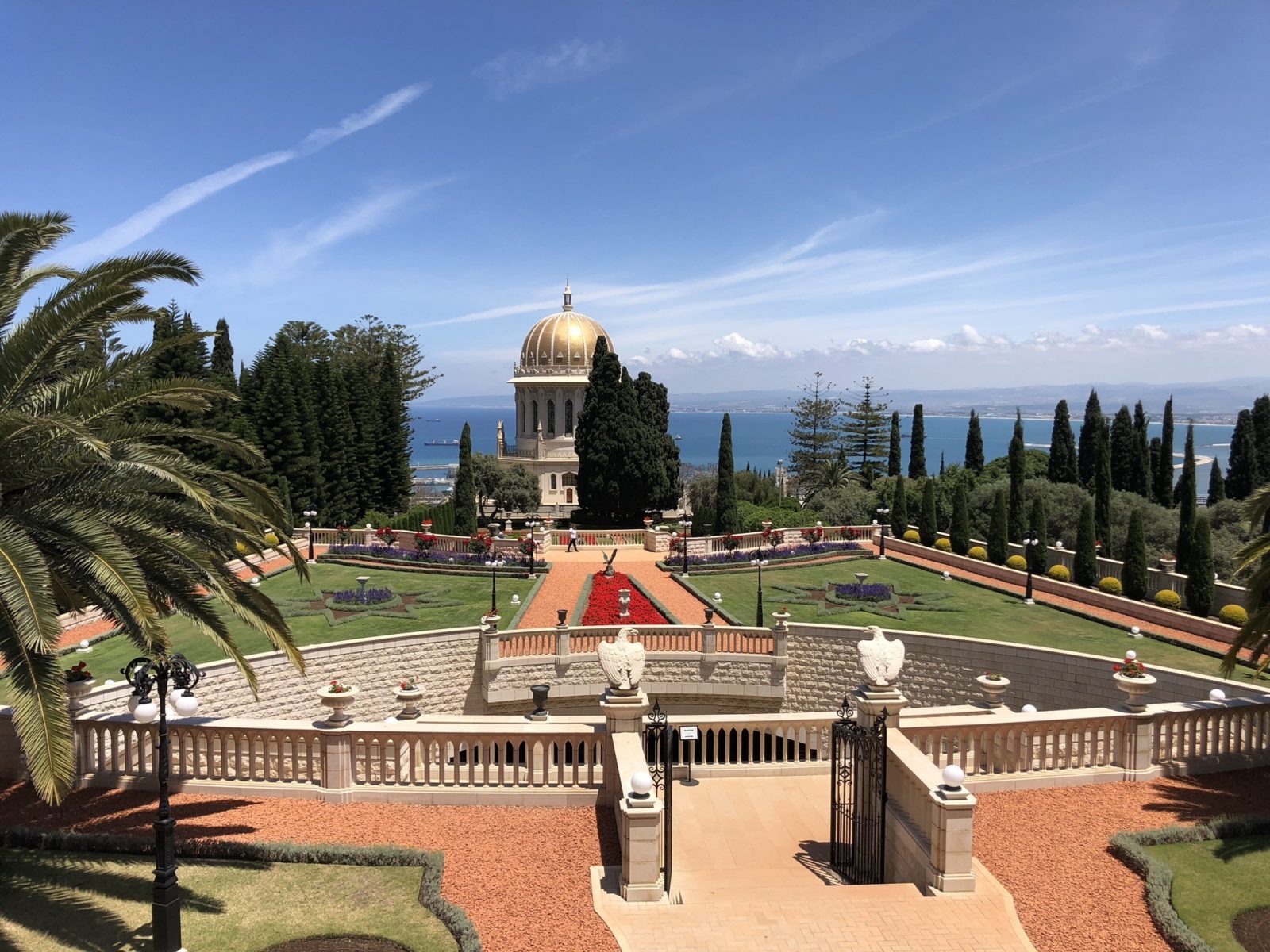 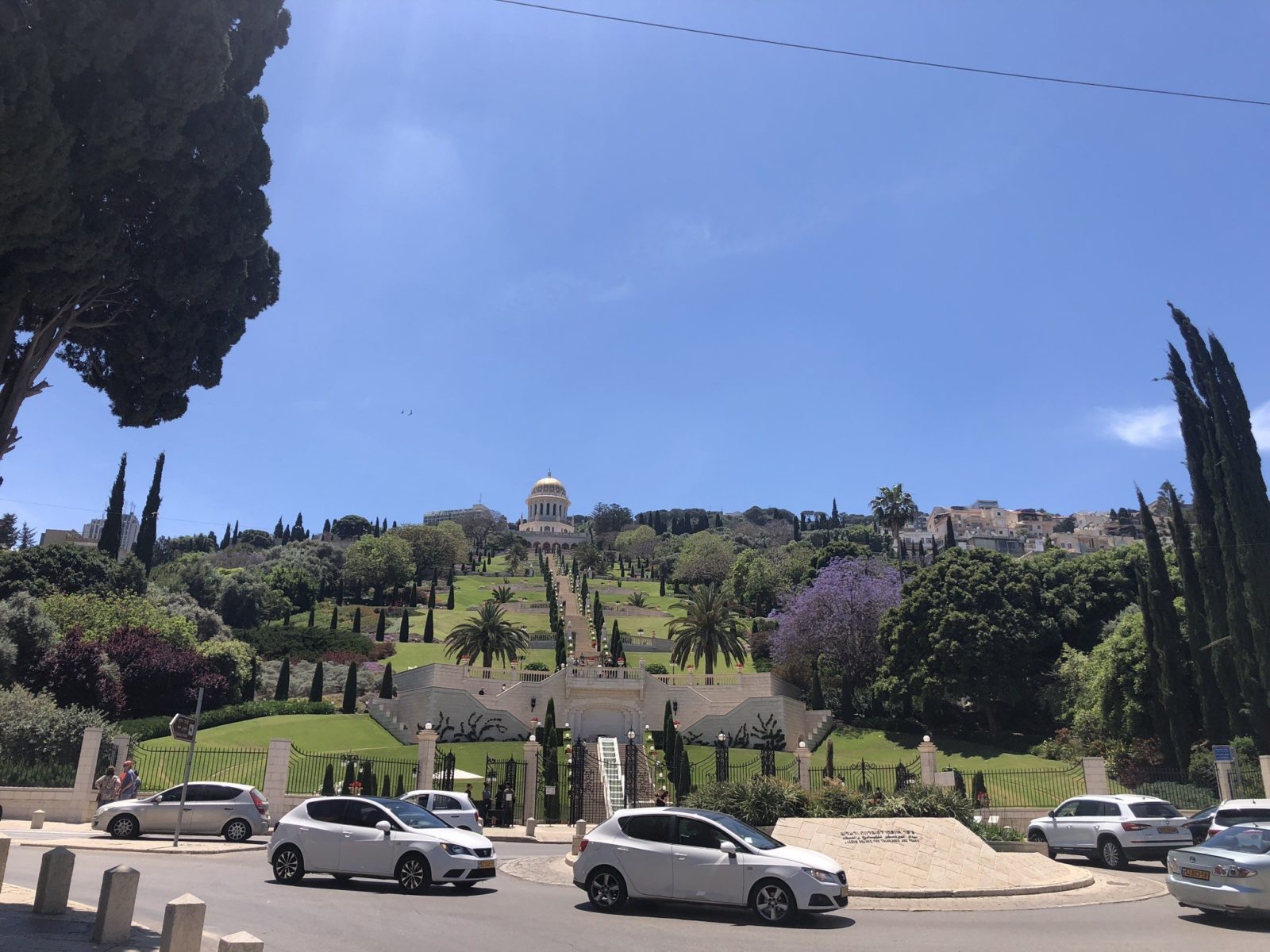 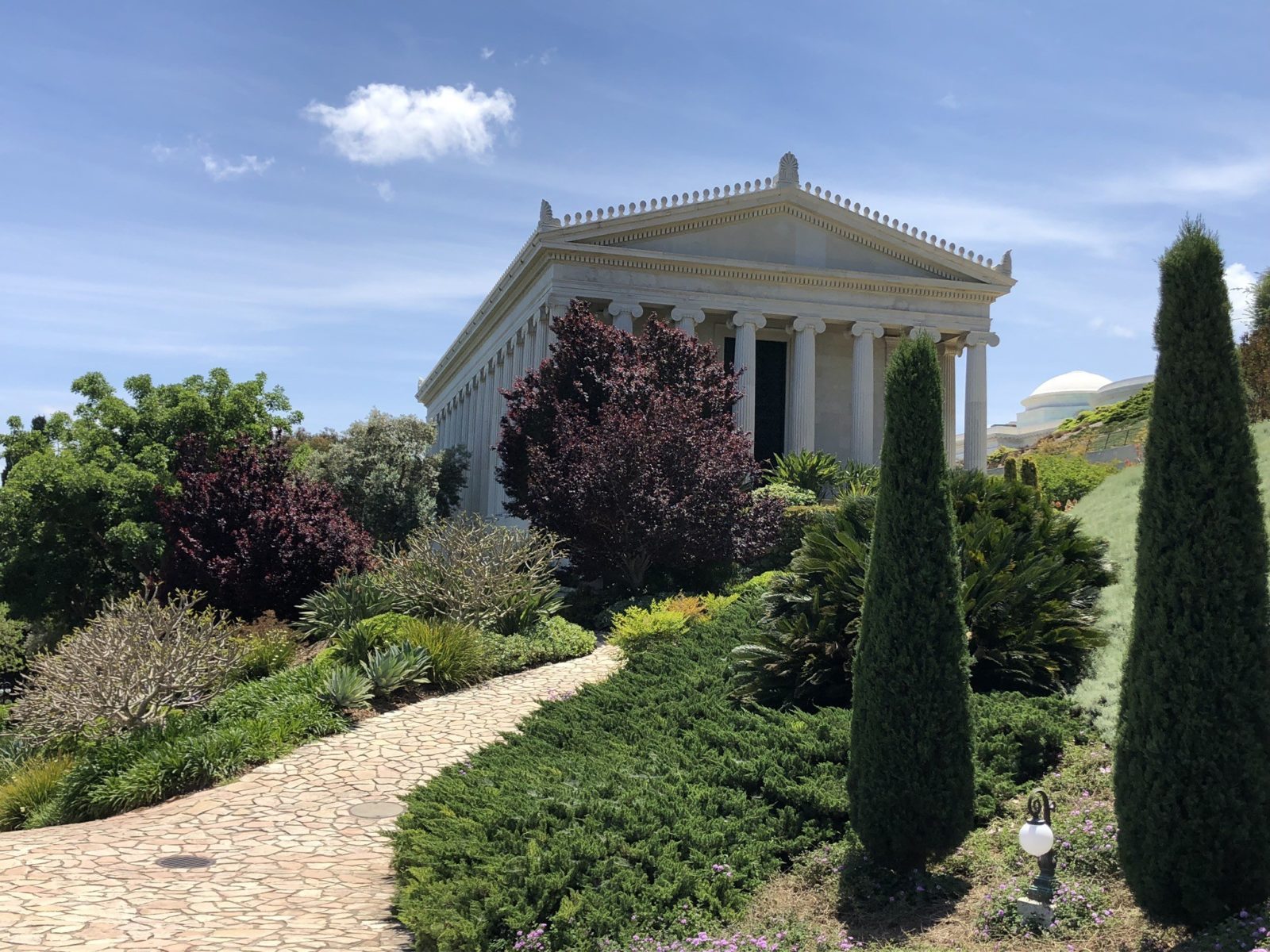 Highlights of the Bahai gardens in Haifa

The Iranian Architect Fariborz Sahba from Iran designed the structure and its foundation was made possible with donations made only by Bahais, from all around the globe.

The Bahai Gardens reach close to a kilometer in length.

They stretch from the lowest gate at the German Colony to the main gate at the top of the gardens.

The Gardens are comprised of 19 terraces and feature astonishing flowers, waterworks, and small sculptures.

Each terrace represents the first eighteen disciples of the Báb.

At the center of the complex, you will find the shrine of the Bab – the resting place of the Prophet-Herald.

It is considered to be the second holiest place on Earth for Bahá’ís, after the Shrine of Bahá’u’lláh in Acre

You will also find wooded areas to the sides of the gardens.

Those areas are designed to house wildlife and to cut down the urban noise of the surrounding busy city.

The best way to explore the Gardens is by taking a tour in the place. 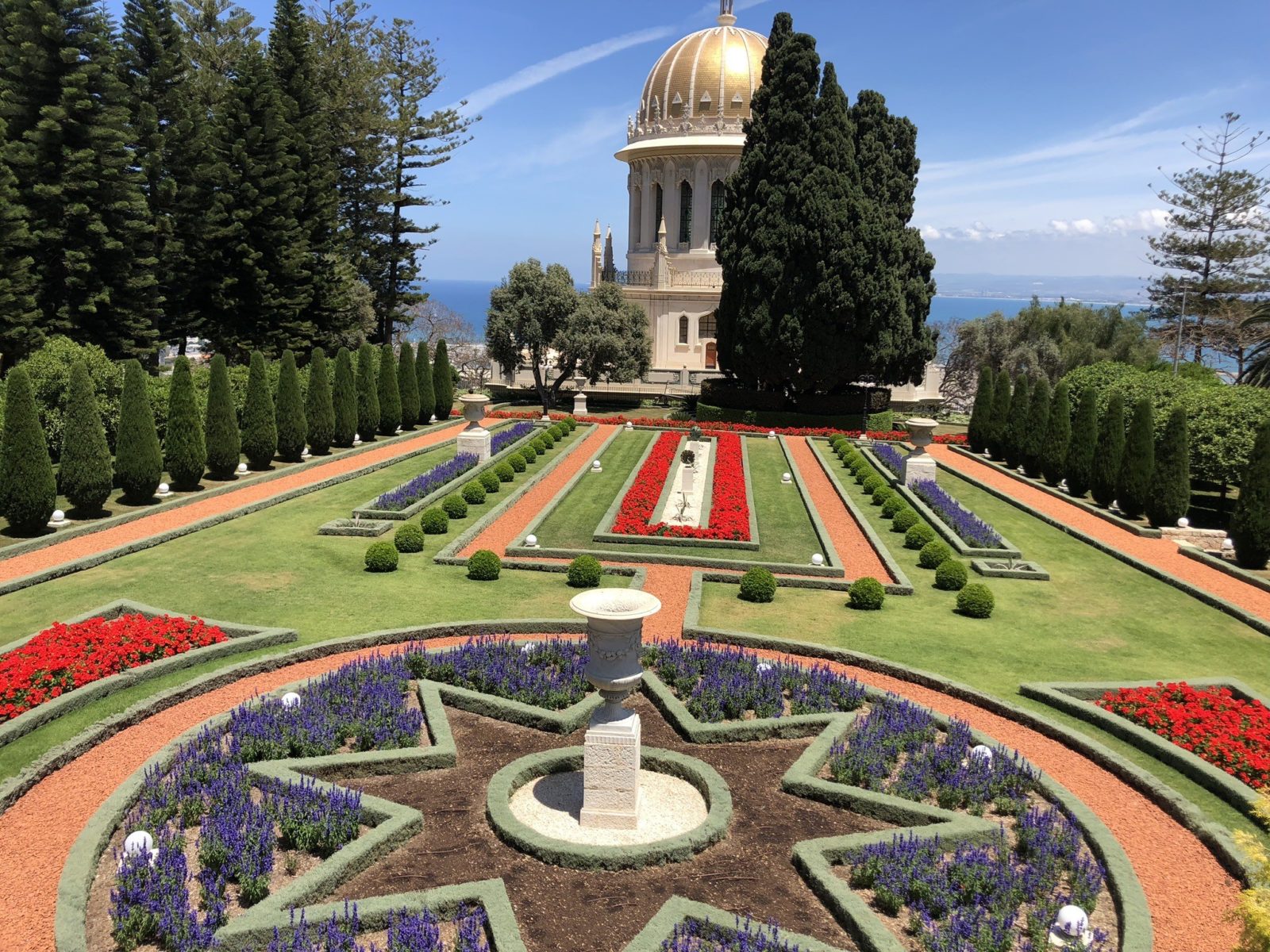 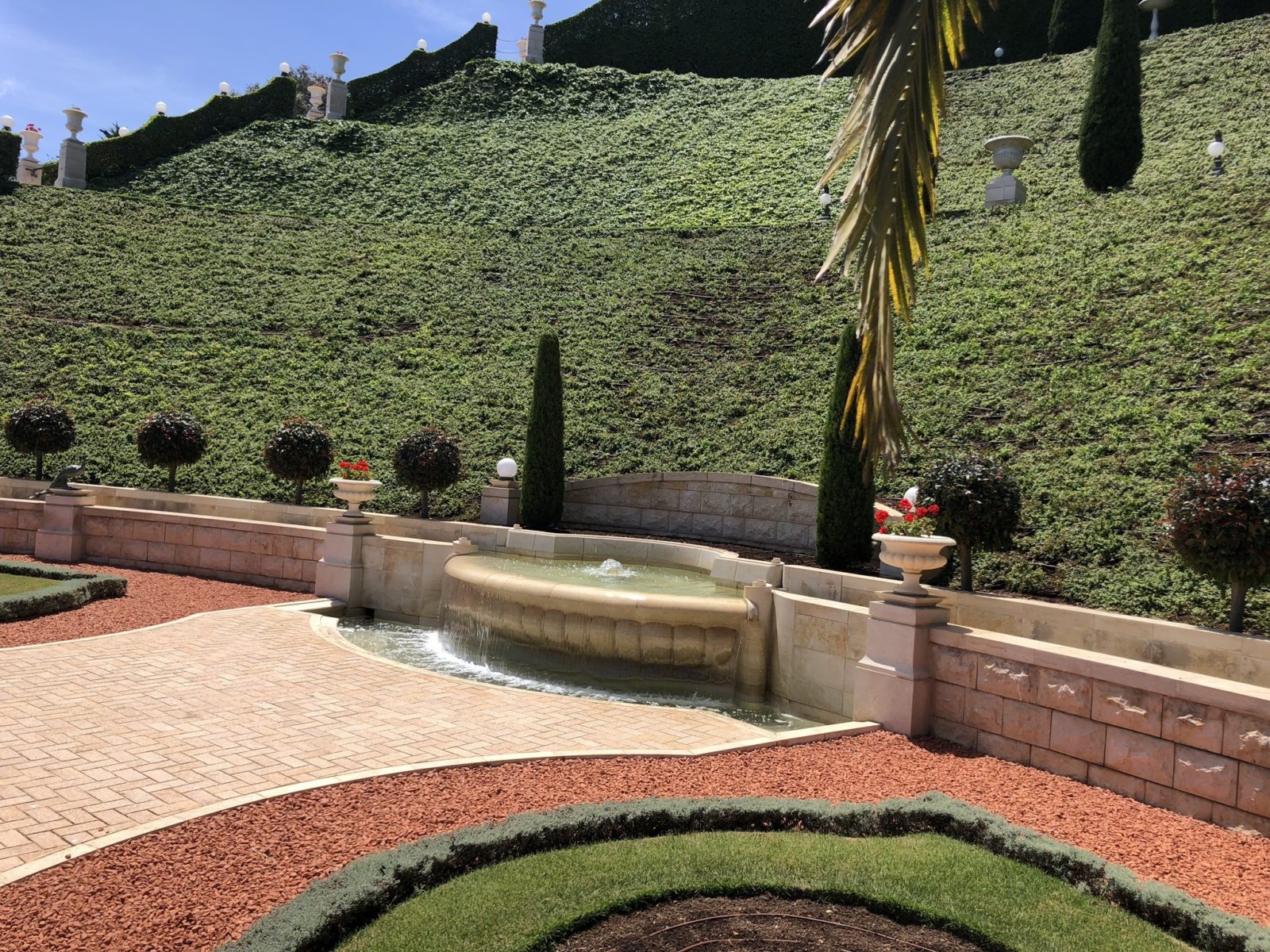 The entrance to the Gardens is free of charge, and no reservation is required.

Nevertheless, we recommend you to book a Private tour in Haifa with us.

Thus, you will be able to walk the beautiful gardens, in a group of up to six people, and enjoy a unique and private experience.

With a Private tour in the Baha’i Gardens, you will be able to explore these magnificent gardens in a small group, walking through the beautiful gardens and learning about its history.

Call us to [insert_phone] or Contact us now to book a tour and explore the magnificent Baha’i Gardens and the City of Haifa.