Capernaum, otherwise known as the town of Jesus, is a fishing village located on the northwestern shore of the Sea of Galilee. It was established during the period of the Hasmoneans, presumably in the 2nd century BC. It is This is primarily known due to its religious and historical significance.

According to the Bible, Capernaum was among the leading trading villages in one of the prosperous and vibrant populated parts of Israel, usually referred to as the Gennesaret area. The area consisted of about 1,500 people, who were mostly fishermen.

Furthermore, Capernaum was home to many traders, caravans, and travelers as it serves as a major route to Damascus in the north and its proximity to Tiberias. This small village recorded massive success in their dealings as a fishing village from the 2nd century to the 13th century.

The town is well known since it was featured in the New Testament. According to the Testament, Capernaum was one of Jesus Christ’s homes. Also, the New Testament tells us of the miracles done by Jesus, such as healing Simon Peter’s mother-in-law and performing an exorcism on a local man. 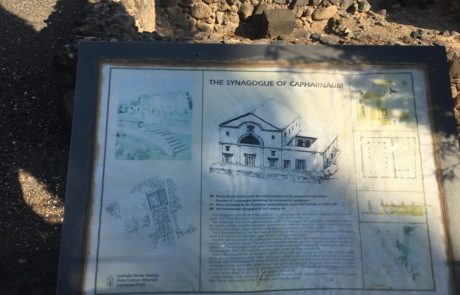 The Church and the House of Saint Peter

Based on Archeologist’s findings and the New Testament, Capernaum is said to have been the home of Saint Peter. It is said that Jesus used to often stay in Peter’s house.

After the death and resurrection of Jesus, the house was converted to a Church, and some notable architectural changes were made to distinguish it from other homes. However, in the 5th century, an octagonal church was built on this land to preserve the remains of the Holy site.

The church features many inscriptions that were written on the ancient stones in Armenian, Greek, Latin, and ancient Syriac alphabet. Currently, there is a modern hexagonal Franciscan church built on the spot believed to have been Peter’s house. The church has a glass floor that enables you to see the ancient original church underneath it. 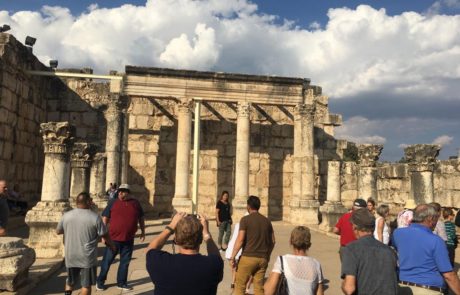